Devadasi- Preservers Of Art In The Vijayanagara Empire

Who Is A Devadasi?

Devdasi is a handmaiden of god, was married to the diety as a child, and becomes part of a temple establishment. A devadasi was supposed to have the highest status in the hierarchy of the temple after the temple priests and their presence was considered essential during religious rituals.

They were much educated, especially in Sanskrit, and trained in music and dance. The tradition of women being dedicated to a temple can be found in all ancient civilizations including Greece and Egypt.

All the classical dances originated in the precincts of temples where the devadasis worshipped their god through their art. Various inscriptions like the one on the walls of Brihadishwara Temple built in the 10th century by Raja Raja Chola at Thanjavur states that four hundred devdasis were appointed and given an land as an allowance.

With the arrival of Muslims, their tradition gradually vanished from North India but continued in the south till the 20th century. By the 19th century, with the temples losing both power and prestige, there was a steep decline in both learning and art and many lived in great poverty.

A historian P Subramanian writes, ‘The Devdasis who were attached to the temples received a fixed salary from the temple which of course was too meager for their maintenance. They were obliged to sell their favors out of necessity and force of circumstances. ‘

In the Vijayanagara empire, the Devdasis were respected for their art and education and welcomed into the palace. Young men of nobility were sent to them to learn cultured behavior and they were treated with utter respect. They took part in all the rituals and danced before the temple chariots as it traveled down the temple avenue during festivals.

There was a hierarchy among the devadasi according to the various duties of a temple- from sweeping and cleaning to stringing garlands being divided among them. Many were dependent on their meager salaries from the temple but others were independent women, often highly learned with an absolute right to their properties.

It was a matriarchal system with daughters inheriting their mother’s property and so it was the only section of the society where the birth of a girl child was warmly welcomed.

Many travelers mentioned devadasi who were absolutely rich, lived in mansions and moved around in expensive palanquins. There was no purdah in Vijayanagar, except for the royal women who lived in the zenana but then Domingo Paes mentions even queens and princesses attending the Mahanavami festival, watching the parade from the audience hall

Domingo Paes, a Portuguese traveler was fascinated by the amount of jewelry worn by the dancers during the Mahanavami parade and gives a detailed list on ornamentation, ‘On the neck with jewels of gold very richly set with many emeralds and diamonds and rubies and pearls; and besides these many strings of pearls and other for shoulder-belts; on the lower part of the arms many bracelets… on the waist many girdles of gold’

He goes on saying and finally comments with merriment, ‘So great is the weight of the bracelets and gold jewels carried by them that many of them cannot support them, and women accompany them assisting them by supporting their arms.’

The dedication ceremony is similar in many ways to a marriage ceremony. They originally performed rituals and took care of the temple but over time they learned and practiced a dance form named Sadir, which today is widely known as Bharatanatyam. As dance and music were an essential part of worship, they enjoyed a high social status. Very often they married wealthy patrons but continued to perform their temple duties.

Courtesans, on the other hand, were not dedicated to a temple but were under the patronage of the king or the nobility. The courtesan was an accomplished woman who was proficient in music and dance. While they performed inside a temple complex, essentially as part of temple rituals, the courtesan performed in a more public, though restricted by privilege, sphere. The courtesan and the devdasis were both equally and singularly responsible for the development of Indian music and dance

The decline of the devdasi system could only survive with the patronage of the royal family and the temples. After the decline of the empire, they lost their social standing; temples could not support them, and they were soon reduced to Prostitution.

This finally led to an outcry and the system of dedicating young girls to temples where they were exploited by men was banned in the 20th century. Devdasis were the guardians of Indian classical dance and music and their decline meant that these arts were nearly lost. 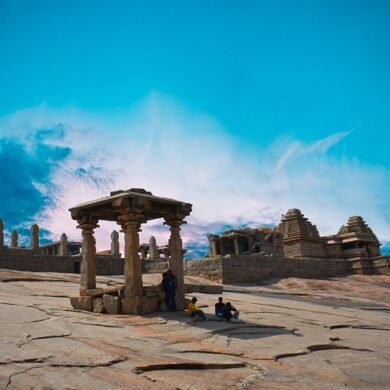