Couple To Be Sued For Illegal Pre-Wedding Shoot At Hampi 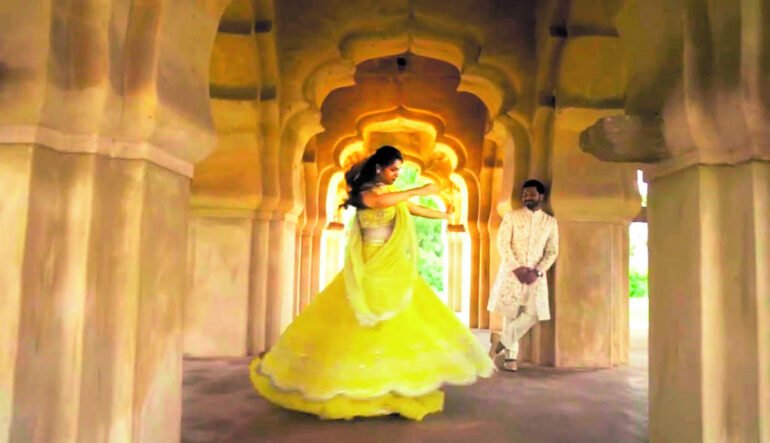 There is a ban on Photoshoot inside the Hampi monument, if someone trespasses the rules, action would be taken.

Jahnavi and Siddharth, a couple from Andhra Pradesh had their Pre-Wedding Video shot in the premises of Hampi and it has been in the news as it is prohibited to shoot around certain preserved monuments in Hampi. It is known that this video was shot somewhere between 10-15th October 2020 and has acquired over 20,000 views on Instagram.

This video was taken in the preserved monuments of Saptaswara Mandapa in Vijaya Vitthala Temple, Lotus Mahal, Pushkarni near the Mahanavami Dibba. Not even children are allowed to touch the musical pillars in the saptaswara mandapa and there has been a fierce opposition to how this was allowed in the first place.

“There are always minimum 5 security guards at every monument in Hampi, which is why it cannot be said that the monuments were accidentally shot or that they were influential people, or if they had bribed the local guards”, said the Vijayanagara Memorial Culture Preservation Army President Vishwanath Malagi.

The video also depicts the use of a Drone which is not allowed in Hampi’s Premises and the cost of shooting in Hampi for one day is 1 Lakh Rupees. There also is a rule to not use the tripod within Hampi and also to not get into the monument. The President of Culture Preservation said that they were planning to lodge a complaint with the police.