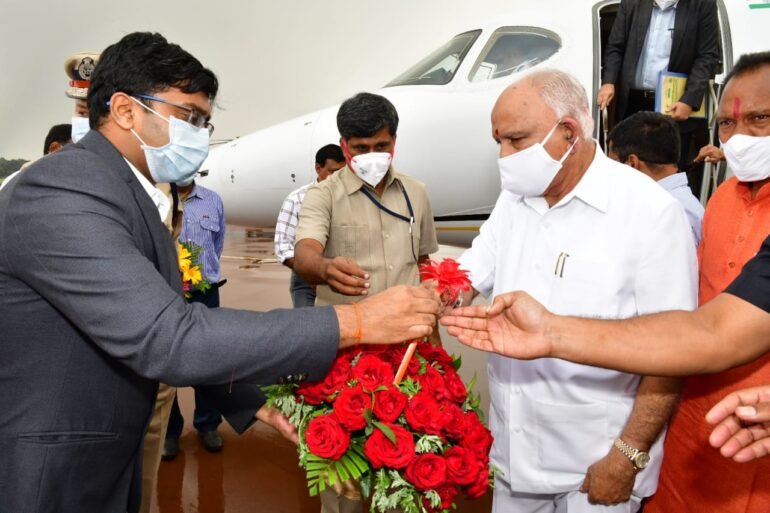 Chief Minister BS Yediyurappa arrived at the Bellary to conduct an aerial survey of flood-affected districts of North Karnataka region and also held meetings with senior officers regarding the situation. The large-scale destruction has prompted some lawmakers and farmers’ associations to demand that the government declare the floods as a national calamity

After coming to Ballari, he then proceeded to the aerial survey of Kalaburagi, Yadagiri, Vijayapura and Bagalkot districts.

Yediyurappa had earlier said the government was doing everything possible to help flood-affected people and relief and rescue efforts were being taken up on a war-footing. Heavy rain and release of water from dams in Maharashtra have resulted in flooding and Army and NDRF personnel are assisting the local administration in rescue and relief activities.