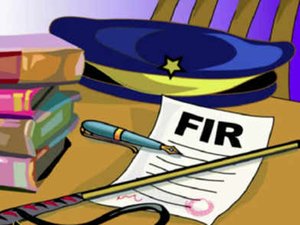 A case has been officially registered at the Hampi Police Station against the couple from Andhra Pradesh who recently made news for violating the rules by shooting in the protected boundary of monuments in Hampi.

The case was registered by the police on a complaint lodged by the President of Vijayanagara Memorial culture and conservation army, Vishwanath Malagi on Monday. A Pre-Wedding video was shot in famous monuments like Lotus Mahal, Mahanavami Dibba, Pushkarni, Musical Pillars, etc, where there are stricter guidelines to be stayed away.

The reasons for these stricter guidelines are not known precisely, and it rather makes sense to believe and assume that the flashlights generated during the photography and videography would sabotage the monuments’ charm and quality. The use of a tripod also is been prohibited in the Hampi premises and this reason also is unknown. According to the ASI Department, charges for shooting in Hampi for a day costs 1 Lakh Rupees.

Vijayi Shyami and company, Jahnavi Reddy, Siddhant, Mahim, Suman and the officers and staff of Archaeological Survey Of India are involved, alleged Mr. Malagi and said that they should be prosecuted.

With reference to this article : Couple To Be Sued For Illegal Pre-Wedding Shoot At Hampi