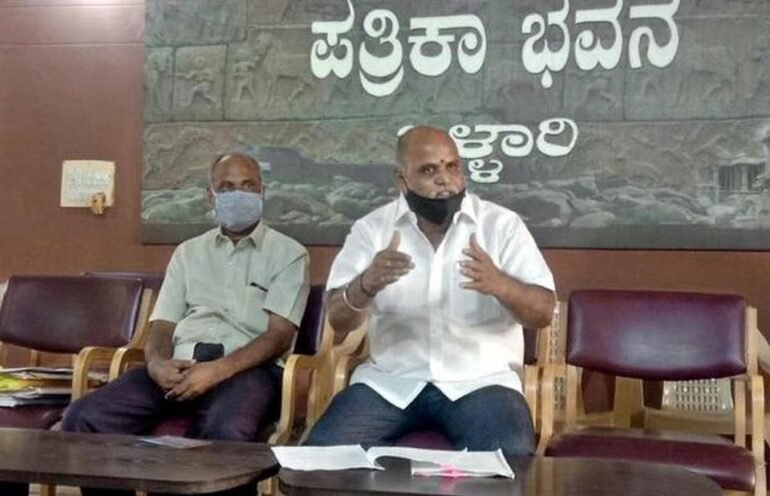 Activist Tapal Ganesh has accused the officials of the Union government’s Survey of India, who had undertaken a survey along the Karnataka-Andhra Pradesh border in Ballari district to establish the States border destroyed by alleged illegal mining.

Addressing a media conference on Monday, Mr. Ganesh said that the survey officers were attempting to cover up the evidence of illegal mining in the district by altering the State border.

He also made it clear that he would move the Supreme Court against the survey report.

Mr. Ganesh also criticised Kannada organisations and Congress for not raising their voice against the attempt of illegal miners and the Survey of India officials.

“Rural Development and Panchayat Raj Minister K.S. Eshwarappa’s son-in-law owns stakes in a company that was accused of illegal mining. The Karnataka Lokayukta had recommended the cancellation of its mining licenses also. I strongly feel that the survey officers were manipulating to protect the company and its owners. Nobody, including Kannada organizations and Congress, is talking about it. If we all remain silent, large tracts of Karnataka’s land, including Timmapana Gudda, would go to Andhra Pradesh,” Mr. Ganesh said.