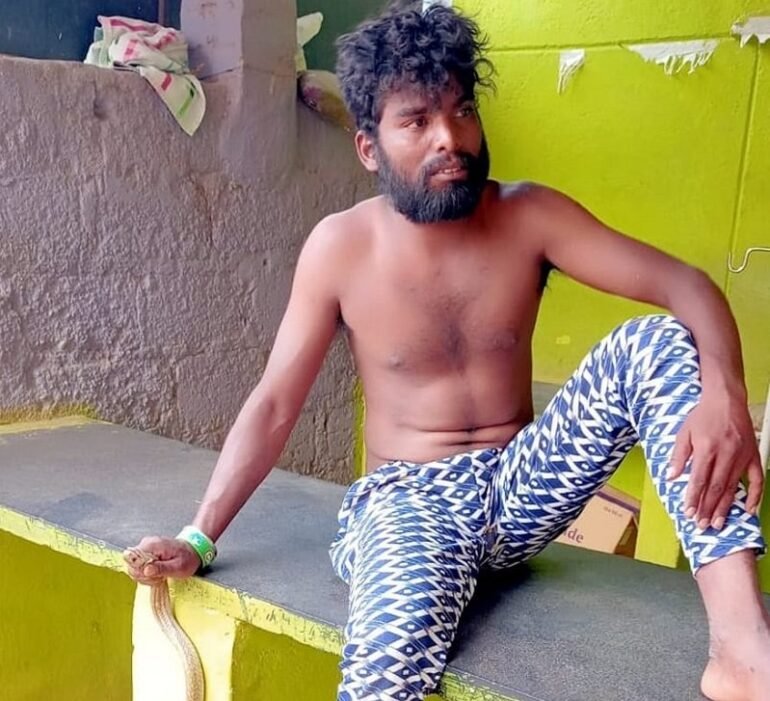 Kadappa, a 30-year-old man from Ballari’s Kampli taluk got bit by a cobra on his left arm while in the fields. He decided not to let go of the snake and walked into a hospital with the snake in his hand. Kadappa was rushed to VIMS hospital for further treatment after receiving first aid and dosage of antivenom. He was admitted to the intensive care unit, and his condition has now stabilised. He is doing Well now, according to the doctors who are treating him.

People, patients, doctors, staff who saw the young man with a cobra on the hospital premises are shocked. The locals were able to convince Kadappa that he needed to release the snake, and the snake was later released in a suitable habitat close to the village.

The snake experts said that it was a good sign that the village Primary health care had antivenom as many villages in Karnataka lack them, which could prove fatal for snakebite victims.

The doctor said that the snake bite victim came riding pillion with a relative to the Primary health care. He administered the antivenom dose and was referred to VIMS as there was a deep bite mark on his hand.

They suggest that the authorities must ensure regular supply and stocking of antivenom doses at all the rural health centres.