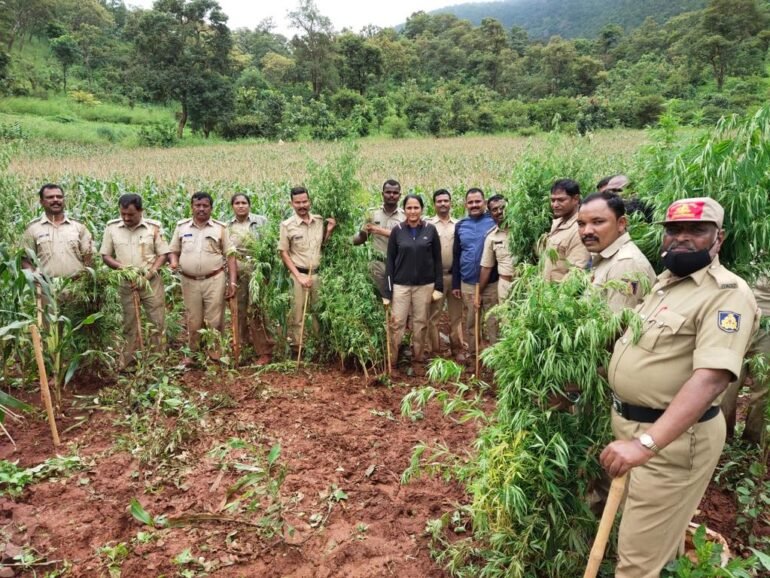 On Tuesday an operation was conducted by officers of the Excise Department in which they seized 142 number of cannabis weighing around 32kgs, which is worth Rs 3 Lakh. The cannabis were cultivated in a field located in the outskirts of Sandur. Also last month a similar incident had occurred in Matihalli village of Harpanahalli taluk in which the offender had grown 20kgs of Ganja which was estimated to be around Rs 2 Lakh.

Weed, Ganja, Marijuana, Charas, etc., Cannabis has been given numerous names throughout these years. The offenders usually grow these plants between other plants or in middle of the farm fields to avoid being detected.

Is Weed Legal In India

Indians have a very strong mythical and medicinal relationship with Marijuana. Its been here for centuries as part of our festivities and culture. In 1986, Govt of India under pressure from the medicinal lobby of the US, gave in to create stringent narcotic laws that made the sale, production, and transportation of weed illegal in the country.

The central law that deals with cannabis (weed or marijuana) in India is the Narcotic Drugs and Psychotropic Substances Act, 1985. However, different states have their own laws relating to consumption, possession, sale or purchase of weed or marijuana. In general, in India, possession of these drugs is considered a criminal act and can get you in serious legal trouble.

Punishment For Procession Of Weed

As per section 20 of Narcotic Drugs and Psychotropic Substances Act, 1985 production, sale/purchase, transportation, interstate import/export or any other commercial activity of cannabis is punishable.

What Could You Do As A Responsible Citizen

If you come across any person who is selling weed or marijuana or other drugs in India, you can contact the police authorities of your nearest police station. There are special narcotics cells in many police stations in India.