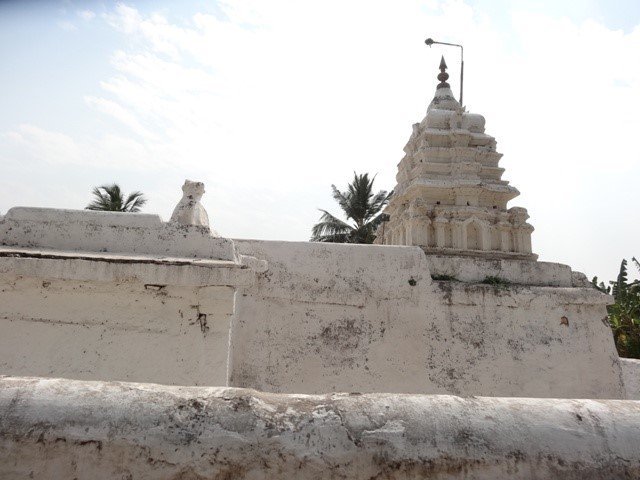 Uddana Veerabhadra Temple is a small but prominent temple in Hampi. Its also considered one of the oldest ancient temples in the ruins of Hampi. The temple is famous as it has the largest statue of the demon king Veerabhadra which was built during the olden days. The whitewashed temple is also known as Mudduviranna temple according to the ancient inscription and is also a famous religious destination for devotees in Hampi.

The Uddana Veerabhadra Temple was consecrated by Dalavayi Jangamayya in the year 1545 AD. The temple was solely dedicated to Veerabhadra which is an incarnation of Lord Shiva. The existence of the temple in Hampi shows that during the ancient days the people of Hampi used to worship Gods in their ferocious forms as well.

There are many evidences about the existence of this temple in many scriptures as well. Veerabhadra is also known as Mudduveeranna and the temple is called Mudduviranna temple in the local dialect. Though the temple is not as grandeur as the Vitthala Temple or other temples in Hampi but is a prominent place for devotees due to its religious importance.

The main deity of the temple, Veerabhadra’s height is 16 feet high and there is no other image of Veerabhadra in Hampi built during the Vijayanagara period that is larger than this image. The temple was built in the Vijayanagara style of architecture.

The temple has an Antarala, a large Garbhagriha, and a pillared Mukhamantapa and the doors present here are painted in saffron color. The image of Veerabhadra consist of four hands and the upper hands bear a bow and arrow while the lower hands bear a shield and sword. The representation of the image shows the fierce nature of the demon king. 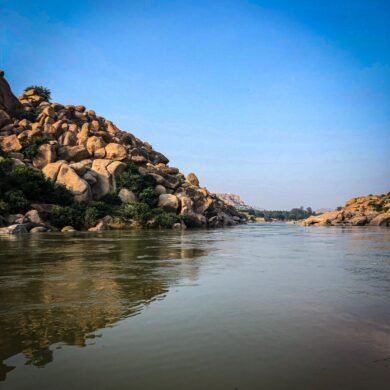