Tungabhadra dam to have an additional reservoir at Navali village. 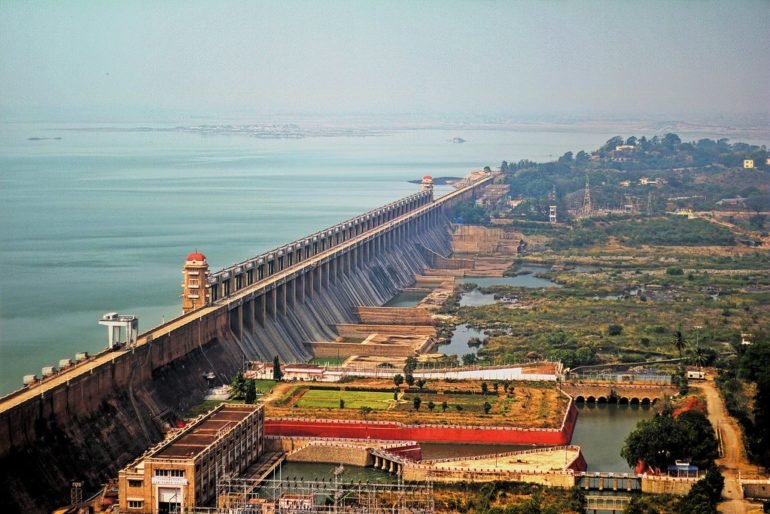 The idea to build an additional reservoir to Tungabhadra Dam originated four years ago. The State government has given its administrative approval to prepare a detailed project report (DPR) to construct a balancing reservoir across the Tungabhadra at Navali village in Koppal district.

The DPR for the project, which received Cabinet approval recently, was notified on Saturday. The State’s plan for a new reservoir comes in the light of the reduction in holding capacity of the TB reservoir, near Hosapete in Ballari, by an estimated 30 Tmcft due to the accumulation of silt over six decades.

Water Resource Minister Ramesh Jarkiholi said that silt accumulation has reduced the storage capacity of the Tungabhadra dam by 30 Tmcft (one thousand million cubic feet), and the balancing reservoir would help in optimising the use of water.

The construction of another reservoir has been decided upon after considering options to remove silt from the TB reservoir and its cost.

“Karnataka Neeravari Nigama Ltd. has been asked by the State government to prepare the DPR.

According to the Minister, while the total storage capacity of the TB reservoir was 130 Tmcft, the State was unable to impound 30 Tmcft. “Directions have been issued to release ₹14.3 crores for the preparation of the DPR,” he added.

Mr. Jarkiholi said that the new reservoir will help overcome water crisis during drought and increase the State’s capacity for water utilisation.

The farmers of the TB reservoir command area had also been complaining about inadequate quantity of water that they were receiving for their fields owing to the silt accumulation in the reservoir, which was built in 1953.