Talks ahead to Restrict Tourists at Hampi & TB Dam 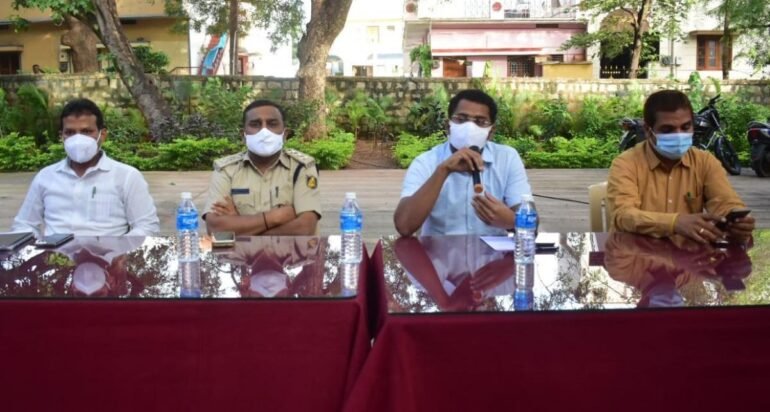 Talks are underway to restrict the tourists at the World Heritage site Hampi and Tungabhadra Dam, as there has been a spike in the number of Covid cases in the neighbouring states.

“Increased tourist inflow from neighbouring states like Kerala and Maharashtra is been noted and to make sure the number of cases in our district remains under control, serious thoughts are underway to restrict the tourist movement at Hampi, Tungabhadra Dam, and Atal Bihari Vajpayee Zoological park. The matter shall soon be discussed with the District collector and actions shall be taken”, informed Sub-divisional officer Siddharameshwara.

He spoke about this in a conference held in the DySP office in Hosapete city, on Tuesday among other businessmen, hotel owners, and various organization leaders.

“The crowd should be avoided in all the jewellery and clothing shops. Transactions should be carried out only with those customers who are practising masks. The people have been very careless about wearing masks and serious actions against those not following Covid appropriate behaviour. The police forces shall be deployed at crucial points in the city from August 4”, said Siddharameshwara.