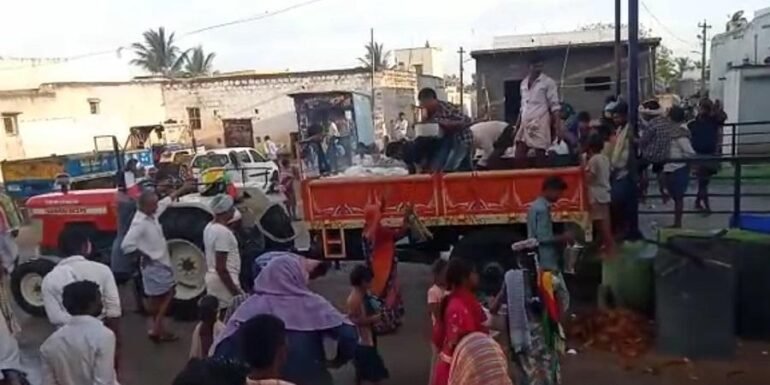 Coronavirus is on the rise in villages. Along with this, there are rituals appearing. Or the superstitious attempts of the people to make the deadly Covid leave their Villages came to light. An incident where the villagers of D Kaggallu, poured hundreds of kg of rice on the streets, and on the outskirts of the village in all 4 directions was seen.

Several villages in Ballari, Gadag, Haveri and surroundings are coming up with unique superstitious ideas in what they believe could ward off the virus. As per the villagers, the ritual blood of the rooster or livestock is mixed with the rice and the same will be kept along the village borders to keep the evil spirits away.

Lack of awareness has seen a series of cases involving people practising delusions in the name of coronavirus infection. There are cases of poultry sacrificing, placing enchanted coconut in all four directions, and offering rice.

The act of villagers of D Kaggallu of Ballari drew flak on social media after heaps of cooked rice was placed in tractor trolleys to be thrown on the village borders as per the belief. Villagers claimed that each house of the village had to cook 5 kgs of rice and contribute to the ritual.

“This ritual is being held in this town ever since the days of our ancestors. For this same reason, we also collect five kg of rice in each house, add it to the yoghurt, and throw it in four directions at night. This is how our ancestors in the village followed the customs. It is believed that this will not infect the village”, says a local villager.

The rural people need awareness regarding the same as the surge in the number of cases are linked to people falling prey to superstitious beliefs like this. The medical field is on the rise and people need to be aware of it. The social distancing, the mask being forgotten, in which people gather in masses to worship, is inviting further infection.

The lockdown in the state has already created enough chaos in the rural lives, beliefs such as this, during a pandemic where people have been striving hard to feed their families, wastage of food has to be strictly monitored by the ones in charge. Superstition should not be practised, the same quantity of rice could’ve served thousands of poor stomachs.

Two weeks ago, the Ballari police were surprised to see hundreds of villagers walking with sticks and drums post-midnight as the parade was captured in CCTV. The incident had happened in the same village which prepared tonnes of rice for the ritual.

Noted rationalist from Mangaluru Narendra Naik termed the act as “criminal waste” at the time of unemployment, growing hunger and pandemic. “Just because some of the practices were carried out during olden times we need not follow them now. Be it any pandemic about 90% of the people get recovered. The villagers who sow such beliefs claim that it was because of their act. It’s important that we must inculcate rationalist thinking among children right from childhood,” he suggested. 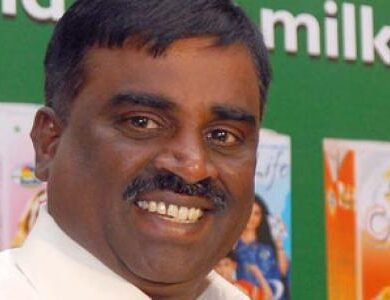