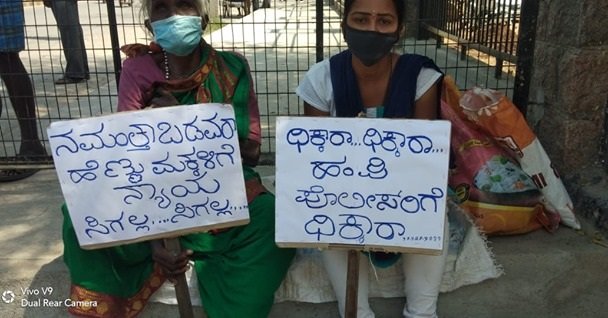 Hosurammaa, a 70-year-old woman from the village of Kaddirampura in Hosapete taluk, lost her life savings of Rs 2 lakh. The amount was allegedly withdrawn from her bank account by her relatives over a period of time without her permission.

She was aware of the fraud only after she visited the bank last month. She rushed to the police station to file a complaint but the police allegedly refused to include the names of influential people.

The 70-year-old woman along with her granddaughter sat in protest in front of Hampi police station since the police had refused to register her complaint. The complaint was finally registered on Friday after 4 days and the police are conducting an investigation. 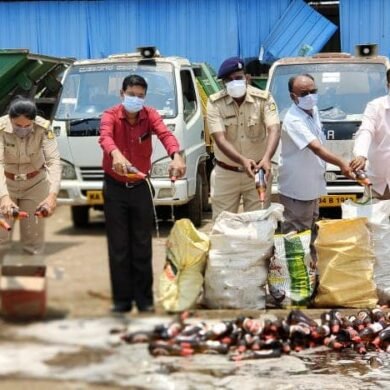 Large quantity of liquor and beer seized by the administration