Ration Worth 1.2 Lakhs Seized In A Village Of Hosapete 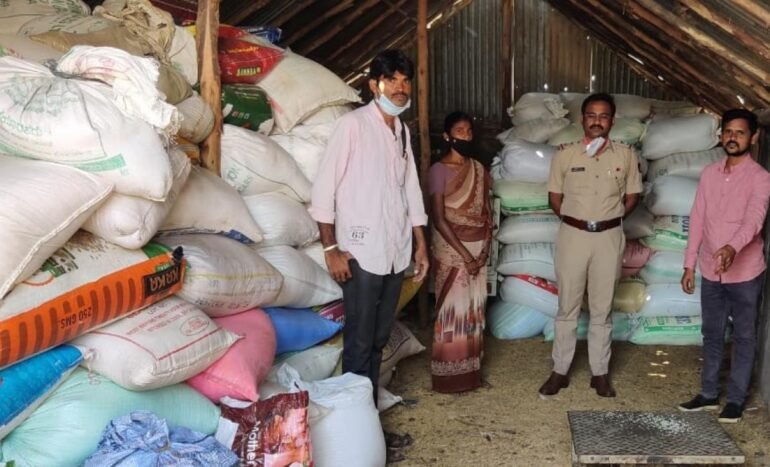 Ration worth 1.20 Lakhs was seized by the ‘Food department officials’ on Wednesday. Rice worth 8 Tonnes was being illegally stored in a poultry farm. The raid was conducted at Byluwaddigeri village against Devaraja, who is the accused one. The rice was purchased from various ration stores and sold at a high price for profit.

The officials seized a Tata Ace vehicle, along with a two-wheeler and, a weighing machine. A total of 451 bags were captivated during the raid.

A case has been registered against Devaraja at the Byluwaddigeri station on a complaint filed under the Karnataka Essential Commodities Act. Food Inspector Inspector Ajit Kumar, PSI Mahesh Gowda, Village Assistant Manjunath, and Hanumakka were also present.

Essential Commodities Act, 1955 is an Act to provide, in the interest of the general public, for the control of the production, supply and distribution of, and trade and commerce, in certain commodities.