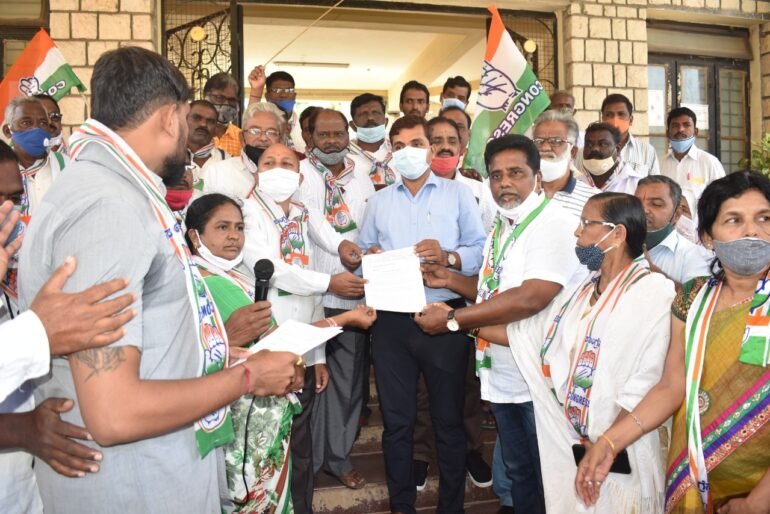 Congress activists staged a protest in front of the Tahsildar office on Wednesday, alleging that the central government is trying to pass anti-farmer farming bills in a hurry.

Rajya Sabha member Syed Nasir Hussain of Ballari also held a rally near the Gandhi statue in the Parliament House on Monday, condemning the central government’s move to suspend eight MPs in opposition to the farmers’ bill.

Protesting Rajya Sabha member Syed Nasir Hussain demanded that clarification be made. “The farmers’ bill is against the country’s farmers. If the bill is passed, the APMC will work to remove the yards and markets. In the country, the percentage is Rs. 86% more farmers own less than 5 acres of land. This has led to confusion among small farmers on where to sell and stockpile the small crops grown on their land. There is no mention of the minimum support price in this bill. If the bill is implemented, where should farmers sell crops without APMC and markets? And where to do inventory?”