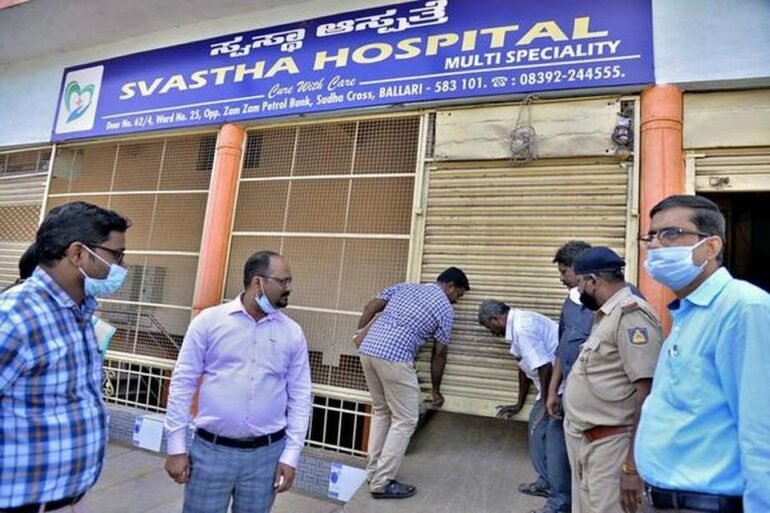 The hospital was raided as it was said to operate without registration under the KPME Act in Ballari district.

A team of officers headed by District Health and Family Welfare Officer Janardhan raided and sealed a private multi-specialty hospital in Ballari on Friday, which was alleged to have been functioning without registration under the Karnataka Private Medical Establishment (KPME) Act.

The team, which included Taluk Health and Family Welfare Officer Mohan Kumari and District RCH Officer Anil Kumar, carried out a surprise raid on the premises of Svastha Hospital located at Sudha Cross in Ballari city, according to information given by sources in the Health Department, and found that the hospital was operating illegally without obtaining the requisite permits.

The members of the team toured the operation centre, the intensive care unit, patient wards and other departments and took stock of the protocols being followed in delivering medical services. It has been discovered that the hospital authorities have not given the details and documentation requested, including the certificate of registration and the price list for various treatments. Since the hospital owner was not present, the laboratory technician told the team that doctors were visiting the hospital as and when needed.

“Registration under KPME Act is mandatory to run a medical establishment. This hospital is not registered. We have shifted the patients to other hospitals and locked it down. We will now submit a report to the Deputy Commissioner for further action,”