Organizations at Ballari staged a protest against the formation of the new district. 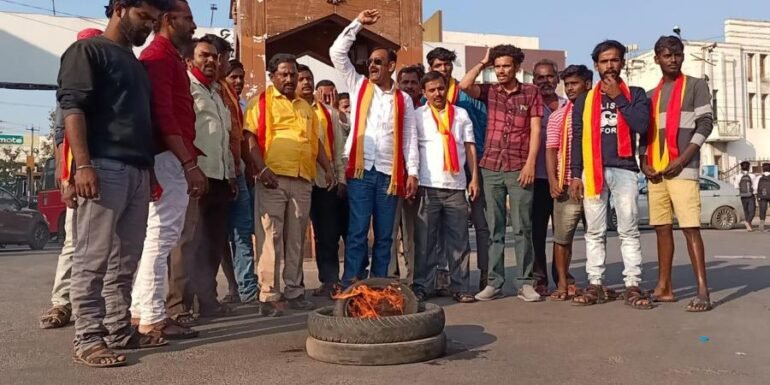 The state government on Monday declared Vijayanagara as the 31st district.

While the people of the new district celebrated the historic day, those in Ballari were not so happy with the decision of the government to bifurcate the district.

The day was celebrated by various organizations in Hosapete and other taluks in the new district, while some organizations in Ballari staged a protest and raised slogans against the decision of the state government. They also burnt tyres at Royal Circle in Ballari.

Prashant N, Ballari Akhanada Zilla Horata Samiti’s chief, said the government hastily declared the new district, waiting for letters of opposition and other decisions. He said the Samiti will continue fighting against the government, and they were going to come to court.

Meanwhile, Minister Anand Singh expressed his happiness and said it was possible due to the efforts of not only the many leaders but also the people of the region.

He said that forming a new district for administration purposes was a long pending demand, and thanked Chief Minister B S Yediyurappa and his cabinet colleagues for supporting the cause for better administration.