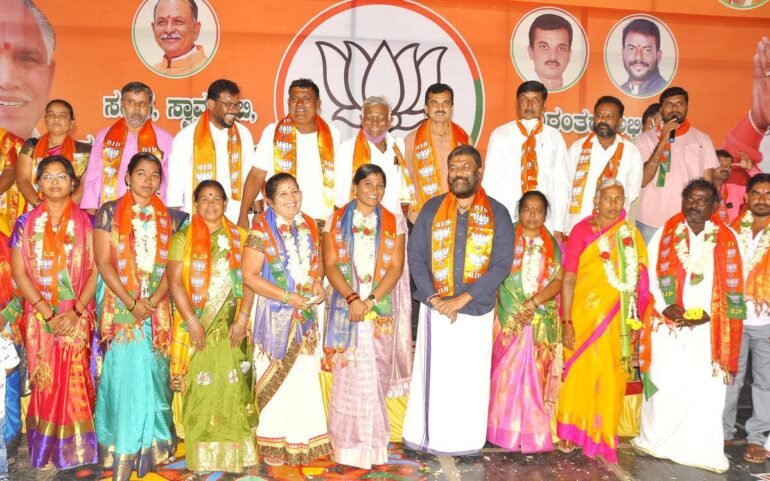 A felicitation ceremony of members who won the recently held Gram Panchayat elections was held on Saturday evening. Forest Minister Anand Singh inaugurated the event by lighting a lamp and then the new members were honored.