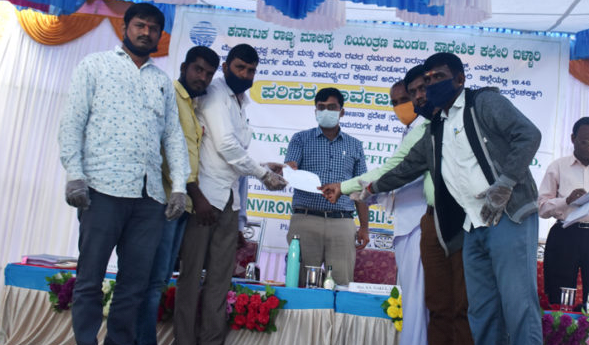 In a public hearing meeting on environment, District Collector, S.S Nakul said that the Veerabhadra Sanghappa’s Company has promised to generate employment and to provide opportunities and a better lifestyle to individuals in the Sandur Taluk.

Veerabhadra Sanghappa’s company in Sandur Taluk, in a public meeting organized for the production of iron ore mining in Dharmapur, has taken up responsibility by highlighting the fact that there are high unemployment & poor health care, which is why they have promised to work towards that. Under CSR scheme, 30 Lakhs has been proposed, which further needs to become 60 Lakhs, he says.

Computer and Tailoring training in each village of Taluk will be facilitated to encourage various individuals to be self-employed. Only 13 people had shown up when the training was organized for drivers throughout the entire taluk. So, under CSR and DMF, many individuals have opportunities to get trained and get jobs.

As per the rules, the NMDC Mines Company will provide a certificate for each Village Panchayat under the CSR scheme. Also, the CSR funds are not used for the temples. The DMF does not use the money, it is purely limited to the mining activities. With the Opportunity, bypass roads will be built across the taluk. All preparations have been made for it.

On behalf of Wesko Mining company, President, Shanmukhappa said that the company would target on providing employment to the locals based on the individual ability and that it would be building toilets for the local citizens in intervals. The company would also target on other parameters like betterment of Health and infrastructure etc.