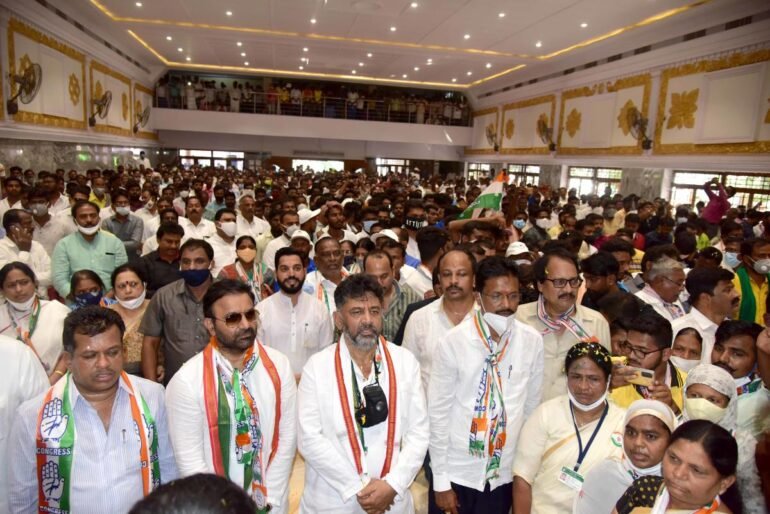 After becoming the KPCC President, D K Shivakumar, for the first time on Sunday visited Ballari District. He was grandly welcomed by the Congress party workers on the National Highway (NH 50). A bike rally was later held by all the Congress worker activists in the city.

D K Shivakumar entered the city along with another party worker on a bike. He then passed through the Valmiki circle, Madakari Nayaka circle, and coming from the rotary circle, he paid homage to the B.R Ambedkar’s statue near Ambedkar circle. The procession later ended in the Saileela theater near Sai baba circle and a full-fledged welcome was given by women activists in front of the theater.

D K Shivakumar, addressing the gathering said “We have traveled around the state and organised party tours beginning from Vijayanagara to achieve victory. Congress party with a strong history needs to enshrine in every constituency, I urge everyone to come join us and bring the party back to power”.

Addressing a gathering of All Congress workers on sunday in the city, A member of Karnataka Legislative Assembly, B Nagendra proclaimed that this move of the BJP Government was a rather selfish one. He also said, “Many fighters have fought for the district formation in the past, but it would have been different then, now it is purely political”. 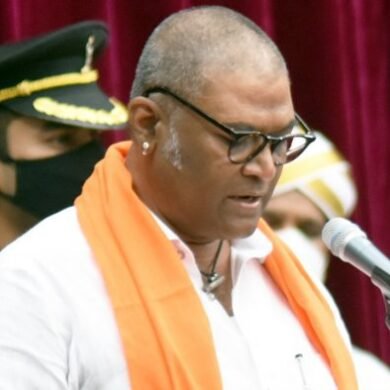