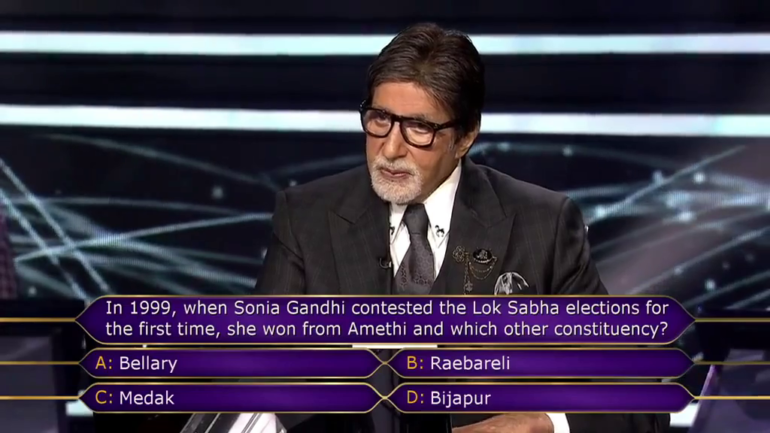 The December 21 episode of Kaun Banega Crorepati 12 began with Lipi Rawat on the hot seat opposite host Amitabh Bachchan after she won the fastest-finger-first round. She played a good game and Big B also praised her efforts.

The contestant used all of her lifelines and answered twelve questions correctly. However she was stuck on a question related to Ballari, thus she changed the question using a lifeline.

The question was
“In 1999, when Sonia Gandhi contested the Lok Sabha elections for the first time, she won from Amethi and which other constituency?
The options were: Bellary, Raebareli, Medak, and Bijapur
The correct answer was: Bellary

The question for Rs 25 lakh stumped her. Unsure of the answer, she decided to quit the show and took home prize money of Rs 12.5 lakh.

Lipi Rawat revealed that she is very close to her father. She then said that whatever amount she would win on the show, she would use it to pay off her father’s loans. This moved Amitabh Bachchan and he lauded her goals and values in life.