JSW organized Plantation Drive in Ballari and other manufacturing locations 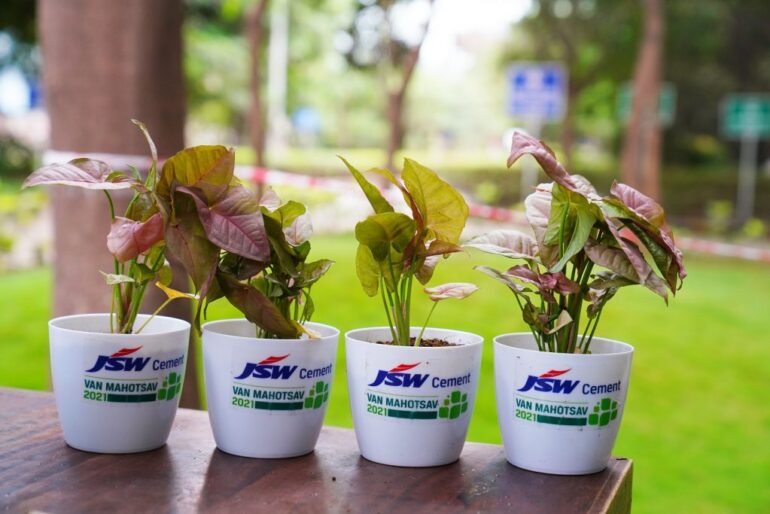 JSW Enhances India’s Green Cover by planting more than 260,000 saplings with 700 new saplings planted during Van Mahotsav celebrations in Ballari and other manufacturing locations across the country.

The Green Cement (PSC) manufacturing process of JSW reduces greenhouse emissions by more than 60% in comparison to its peers due to its product mix comprising of more Slag blended cement. Pioneering Green Cement in India, JSW Cement stands as a fitting example of corporate responsibility in challenges arising out of climate change.

The sapling plantation drive was organized in early July this year across Bellary in Karnataka, Dolvi in Maharashtra, Nandyal in Andhra Pradesh, Salboni in West Bengal, Shiva Cement and Jajpur in Odisha.

With the recent drive, all the teams across these manufacturing units took a pledge to work towards a more sustainable future. As one of India’s top 10 Cement producers, JSW Cement has taken it upon itself to combat climate change, incorporating sustainability as a fundamental element in all its operations and decision making.

We live in an era where we are experiencing firsthand, the effects of climate change. Not only it has caused a shift in the Earth’s weather patterns and the average temperature, but it has also affected the people and their communities. Increased carbon dioxide, methane and other greenhouse gases in the atmosphere have now led to global warming.

JSW Cement is committed to reduce its carbon footprint and bring about an enduring balance in the environment. During the last two years, JSW Cement has planted more than 260,000 saplings across all its manufacturing locations. The company further planted 700 new saplings during the recently concluded Van Mahotsav Week across its units.