In a world where basic tea and coffee also costs more than Rs 5, the Jain community members are working hard to eradicate hunger from society by distributing food packets for just Rs 2/- only. In the name of Shri Mahavir Jain, the Jain community has been doing this noble job of food distribution.

This community has been offering lunch facilities for underprivileged people. Special care has been taken to ensure taste and cleanliness in the food that is being distributed. For three days, the list of food including ‘Chitranna, Puliyogare, Masala rice’, and on the other days, Chapathi & curry, Roti & curry will be prepared.

The association, which currently supplies enough food to 100 people, plans on preparing enough food as per demand in the future. Contemplated to distribution. One of the leaders of the Jain community said that they were also thinking of establishing a hotel based foodservice system.

The Jain community largely consists of a large number of businessmen. A team of 30 people has been formed to serve lunch delivery for an hour in the afternoon. For now, the current Jain community of 4-5 leaders has come forward to spend for the next full six months. Then others shall do it voluntarily.

“Leaders are willing to pay maintenance costs. Donors are allowed to serve lunch on birthdays and special days”, the association said. They also said that they do not wish to receive any publicity in this service. It is aimed at serving the masses even more. 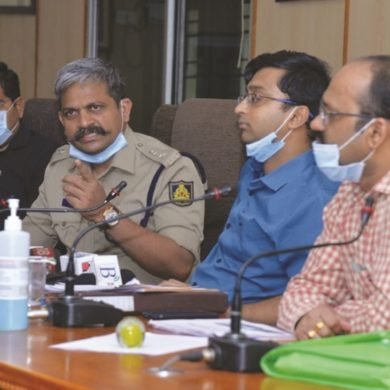