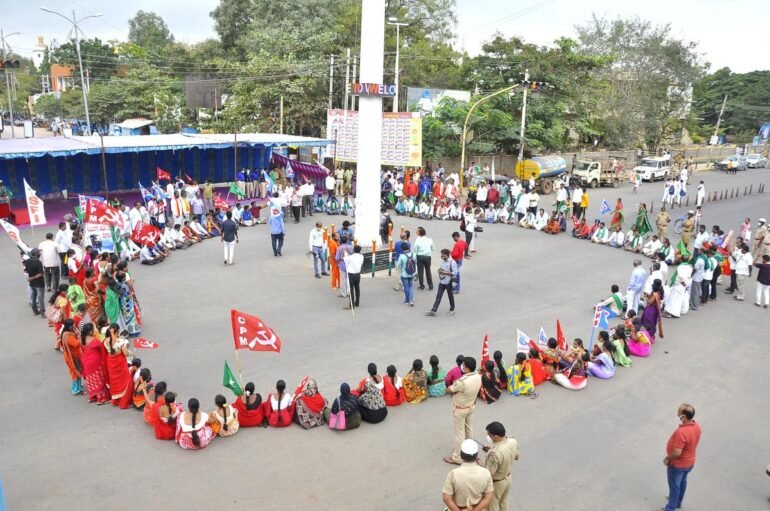 Most of the shops and hotels in the city were closed on Tuesday showing support for the bandh. Protesters closed some of the shops that had been opened. The buses and trains were functional as usual. A handful of autos were on the road.

Protesters marched from the main road to the Rotary Circle, shouted slogans, and expressed outrage.

Farmers and workers are like two eyes of this country. But it is not right that the central government is going to remove both of those eyes. 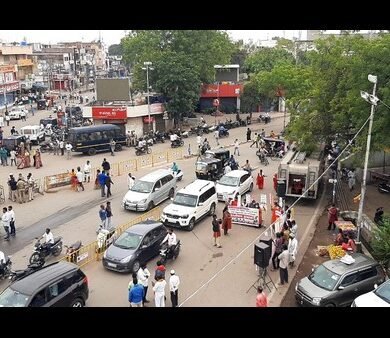