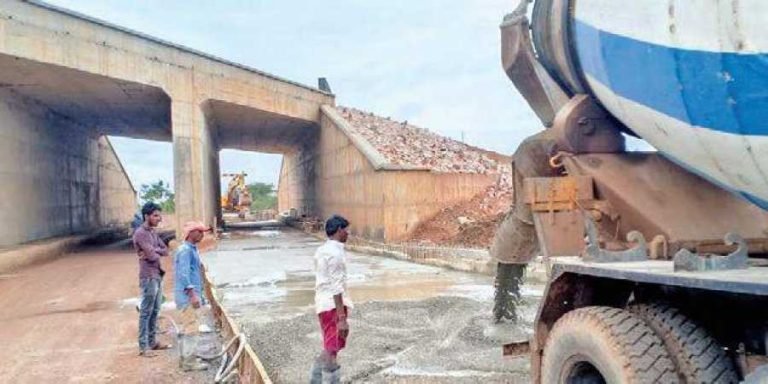 The land acquisitions problems faced by the South Western Railway Zone for its Doubling project between Hospet and Vasco Da Gama got a shot in the arm this Saturday with Goa Chief Minister Pramod Sawant assuring that he would facilitate the process of acquiring land required from the Forest department.

Approved in the 2010-2011 Railway budget, the Hospet-Londa-Tinaighat-Vasco Da Gama doubling project that runs to a length of 352.28 km between Karnataka and Goa, is being implemented by the Rail Vikas Nigam Limited (RVNL). Karnataka, Goa, Andhra Pradesh and Maharashtra stand to benefit when the second railway line is in place. It would also help in running additional trains to New Delhi. The Asian Development Bank is funding the Rs 2,127 crore project. Railway Minister Piyush Goel and Sawant undertook a review of the project with top railway officials, including General Manager of SWR Ajay Kumar Singh.

A senior railway official told The New Indian Express that the project has been divided into two phases with the 252 km between Hospet and Tinighat covered under Phase-I while Tinighat to Vasco is covered under Phase-II.“Almost 70 per cent of Phase-I has been completed and it will be fully completed by March 2020. We have already commissioned different stretches running to 200 km along the line – Dharwad to Tinighat, Hospet to Harlapur and Binkadkati to Hebsur.

There are no land issues for this phase, which fully falls under Karnataka,” he said. The stretch planned from Tinaighat to Vasco runs via forest land, 10.45 hectares of it through Dandeli Wildlife reserve in Karnataka and 52 hectares through Bhagwan Mahaveer Wildlife sanctuary in Goa. “The Goa CM has assured us that he would write to the National Board for Wildlife Board before July 15 and ensure we get the land crucial for this project,” the official said.

GM Singh said that the Railway Minister was keen that SWR begins work on the Second phase at the earliest. “We have already paid for acquiring 2.3 hectares out of the 11.85 hectares of private land, and are awaiting the handover of the land. The CM has promised to help us get it before the end of this month.”