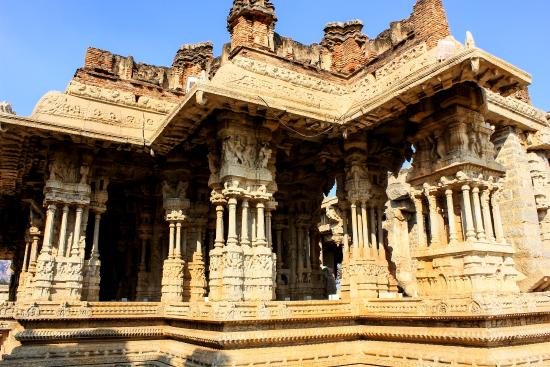 Heritage activists fear that the relentless tapping might cause irreparable damage to the musical pillars.

The musical pillars, also known as Saregama pillars may get damaged if not shielded by curious tourists from the incessant tapping/knocking of pillars. Over the years, the musical notes originating from the 56 pillars circling the columns in the ranga mantapa have intrigued many. A decade ago, the Archaeological Survey of India (ASI) prohibited the tapping of pillars. But, to satisfy their curiosity, the tourists continue to tap the pillars. Many pillars are disfigured because of this.

History buffs and heritage activists fear that the relentless tapping might cause irreparable damage to the pillars.

“Vijaya Vittala Temple in Hampi is a rare architectural marvel. Most of the pillars of the temple complex produce distinct musical notes on tapping. The ASI has taken measures to protect the Vittala temple and the stone chariot – two major architectural marvels of the Vijayanagara empire, but there’s no adequate security for the sabha mantapa and kalyana mantapa. Because of this, the pillars are getting disfigured. The ASI should take urgent measures to protect the pillars for posterity,” Vishwanath Malagi, president, Vijayanagar Smaraka Samskruti Samrakshana Sene, rued.