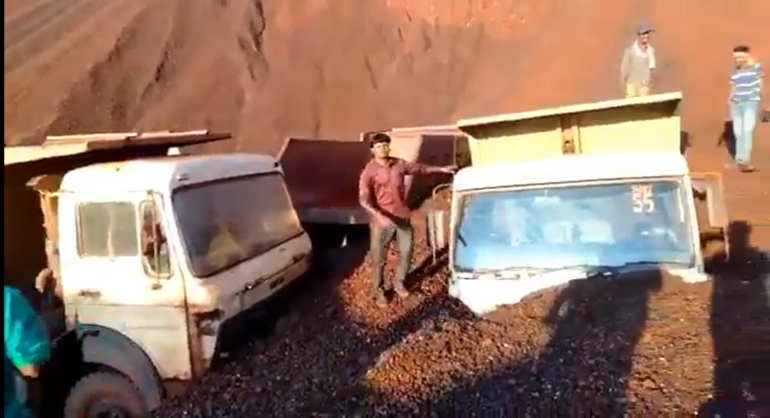 Mining trucks get stuck in the mud at Sandur mining area after heavy rainfall.

The rainfall in Malnad and coastal districts, which are prime catchment areas for rivers originating in Karnataka, had triggered flooding in downstream districts such as Koppal, Ballari, Mysuru and Chamarajanagar, where several taluks were affected. Similarly, districts in which River Krishna passes through had also faced severe floods, forcing authorities to shift residents from low-lying areas to relief centres.

Ballari is likely to experience isolated heavy rainfall until next week.
The Indian Meteorological Department has warned of extremely heavy rains over the southern interior and coastal Karnataka.

These weather conditions are seen due to the presence of the monsoon trough lying between the north of its normal position and the eastern end lying to its normal position. The India Meteorological Department has advised fishermen not to enter the sea as the wind speed is very likely to reach 45 to 55 km per hour in the coastal areas in the state.