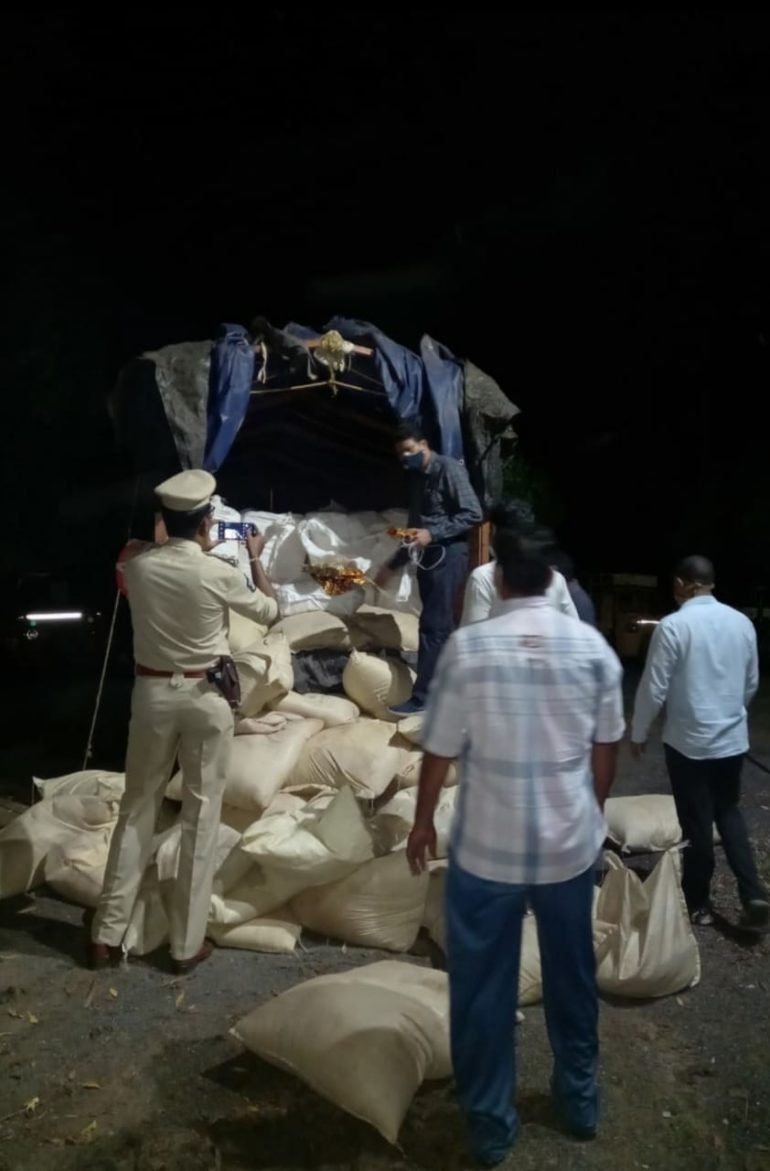 The Gutka packets were bought from Bellari and were being transported on Friday evening.

The Andhra Pradesh government has issued orders prohibiting the public from using and spitting tobacco, paan masala and other such chewable products in public places, in order to contain the COVID-19 disease. The Telangana government had issued similar orders.

As per the order issued by Special Chief Secretary (Health) KS Jawahar Reddy, people in the state are hereby “refrained from consuming the smokeless tobacco or chewable tobacco/non-tobacco product, sputum etc and spitting in public places/institutions with immediate effect during the COVID epidemic.” Any violations will be punishable under the IPC and CrPC, the order said.