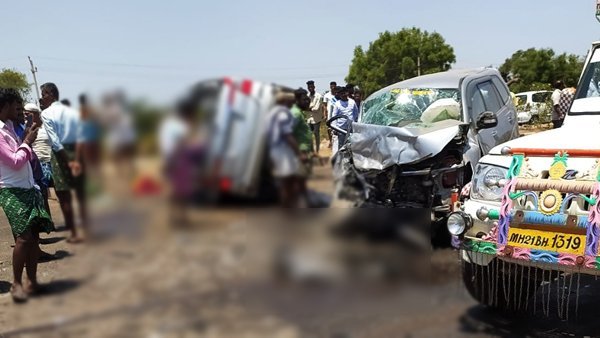 Four people, including two officials of the Central Water Commission, were killed and six others seriously injured in a head-on collision between two Innova cars on Thursday afternoon in Vijayanagara district.

The deceased have been identified as Ramaswamy (50), a director-level official with the Central Water Commission, Jayanth, a deputy director of the same organization, 35-year-old Kavya and a 10-year-old boy.

“A government and private vehicle collided with each other head-on, leading to the death of three persons on the spot. Another victim succumbed to the injuries while he was being rushed to the hospital,” said SP Saidulu Adavath.

“One of the tyres of the private vehicle burst, due to which, the driver lost control of the vehicle. The vehicle then jumped the median and collided with the government car”. SP added that all six injured are being treated in Vijayanagar Institute of Medical Sciences and are in stable condition.

He said there were seven people in the private vehicle who were travelling from Chittoor in Andhra Pradesh to Kushtigi in Koppal district. The government vehicle, carrying two government officials, was travelling towards Bengaluru from Almatti in the state.