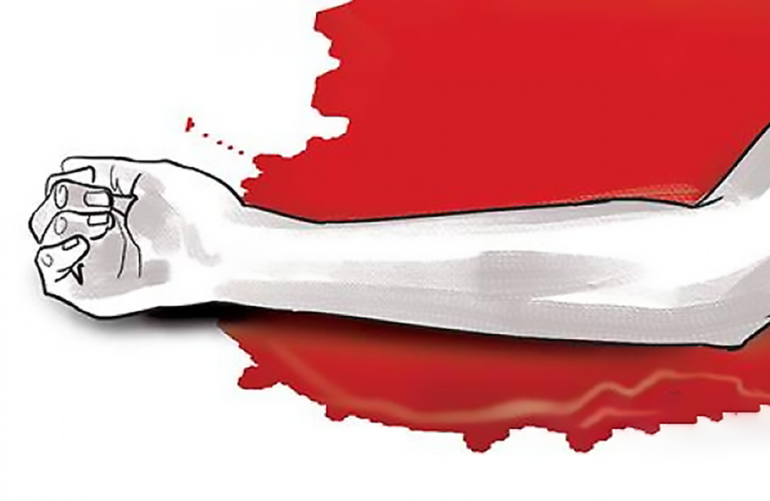 A man under the influence of alcohol allegedly murdered his wife on Monday while she was feeding her seven-month-old baby in Pujarahalli village of Kudligi taluk, Vijayanagara district. Shantamma, a 25-year-old woman, has been identified as the victim.

After the death of his first wife, Manjunath married Shantamma five years ago. “Manjunath and Shantamma have three children,” said the locals. The villagers said that Manjunath was an alcoholic who would fight with his wife at her mother’s house.

It has been reported that he attacked his wife with a deadly weapon when no one was at home. When the villagers arrived on the scene after hearing Shantamma’s cries, they discovered her in a pool of blood with a child crying beside her.

Manjunath has been arrested and a case has been filed, according to Khanahosahalli police.