Doctors write to CM demanding a legal cell to deal with assault cases. 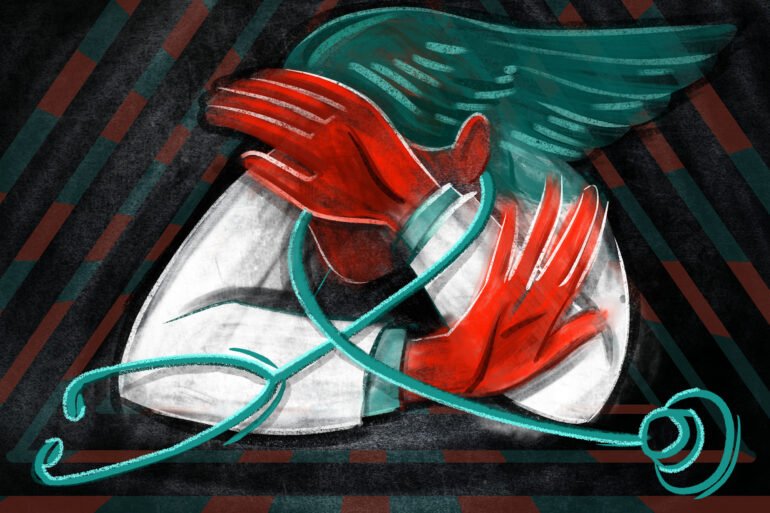 On May 24, reports of the relative of a COVID-19 patient assaulting a doctor in Ballari had surfaced. In visuals of the incident that circulated online, a man stormed into the COVID-19 ward of the VIMS Hospital and was reportedly seen assaulting a lady doctor after arguing with her.

Members of the Karnataka Association of Resident Doctors (KARD) on Wednesday wrote to Chief Minister BS Yediyurappa demanding a state-level legal cell that will probe into the issues.

Resident doctors across Karnataka have expressed their displeasure with the ill-treatment of healthcare workers, especially in regard to assaults by aggrieved families.

The Karnataka Association of Resident Doctors (KARD) has written to Chief Minister BS Yediyurappa, citing over 12 occurrences of attack on health workers in the last 8-10 months, asking the establishment of a state-level legal unit for fighting assault cases within three weeks.

The association said that since the past few years, the greatest hurdle in penalizing the culprits has been that the resident doctors or health workers did not have a legal backup to fight cases. The incidents are usually followed by protests, registration of FIRs and bail for the accused, they said.

In their letter, they wrote, “It is sad to note that there are more than 12 registered incidents of assault on healthcare workers in the past eight to 10 months while the unnoticed, unregistered assaults and also incidents of verbal abuse threats and hampering the duties to be discharged amounts to hundreds. It is the responsibility of the government to ensure such incidents don’t happen and make sure culprits are legally punished. The formation of a state-level legal cell is a one-time solution for the longstanding problem of assault on healthcare workers.”