Differences over the formation of Vijayanagara, Reddy brothers continue to oppose 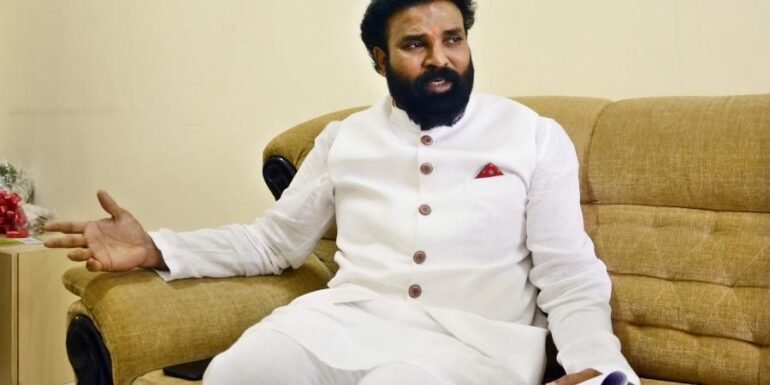 Somashekhar Reddy and Sriramulu plan to continue provoking and encouraging those against the bifurcation to raise their voices and express disapproval. Despite CM Yediyurappa having asked them to not publicly object to the formation of Vijayanagar, they intend to express their unhappiness openly to one of the two ends – either have the government rollback the announcement or to win the ebbing confidence of their vote base to assert their hold on the region.

The Karnataka Cabinet’s go-ahead for bifurcation of Ballari district has, on anticipated lines, antagonized the Reddy brothers and their supporters in the region. Ballari city MLA G Somashekar Reddy has spoken to the media saying the announcement has ‘pained’ him and he will continue to get the government to reverse their decision. On November 18, after the Cabinet meeting, Law Minister Madhuswamy told reporters that the green-signal for the creation of Karnataka’s 31st district has been given in principle and the details will be made public after the next Cabinet meeting.

Speaking just a day after the Cabinet decision, Somashekar Reddy told reporters that he will once again try to lead a delegation of legislators from the region who are against the bifurcation and meet the CM. A protest has been planned in the district on Thursday to oppose the bifurcation of Ballari to carve Vijayanagara from western taluks of Ballari centered around the former capital of the Vijayanagar empire, Hampi.

Since 2019, when CM BS Yediyurappa responded to the request made by MLA Anand Singh, the Reddy brothers have made it clear that they do not support the government decision and even met the CM a few times to persuade him to drop the idea. Anand Singh, who left Congress to join BJP paving the way for the Yediyurappa government, had put forth the creation of the Vijayanagara district as one of the prime conditions for extending his support. Despite multiple attempts by the CM to bring all leaders from Ballari on the same page, the Reddy brothers and their close aide and deputy CM Sriramulu strongly objected to it.

The Reddys have mentioned that the bifurcation is a self-centered move by Forest Minister Anand Singh to further his political ambition and say this will have catastrophic repercussions for the people of the region. Even as Yediyurappa yielded to this demand,