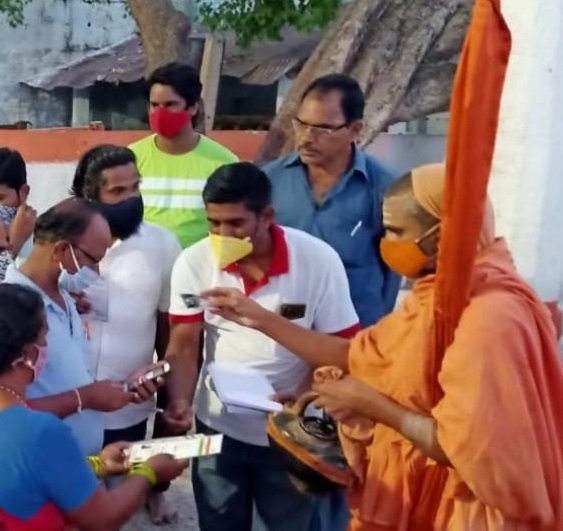 The Andhra Pradesh government insisted that the preparations can only be publicised as a health supplement or immunity booster that people may choose to consume.

After Andhra Pradesh, this ‘herbal medicine’, made of brinjal, tailed pepper and honey, prepared by B Anandaiah is being distributed in Karnataka by the Swarna Hampi mutt as a pilot project in Kamalapura, a village 5 km from Hampi.

A pontiff named Govindananda Saraswati Swamy has already distributed the medicines to thousands of people without any permission from the government and has also claimed writing to the Chief Minister making false claims about the medicine.

This concoction, Anandaiah claims, keeps COVID-19 at bay by boosting immunity, a claim that has been widely contested. The Andhra Pradesh government approved the herbal concoction after reports from the Central Council for Research in Ayurvedic Studies (CCRAS) stated that it was harmless.

The state has said that while it cannot be advertised as a cure for COVID-19, it is only a health supplement that people can choose to consume.

“We have sent a letter to the Karnataka CM’s office regarding the free distribution of Anandayya Aushadhi in Karnataka. We are waiting for the reply. We have already distributed the medicine to 15,000 people (2500 families). If the government gives permission, we plan to distribute it free of cost to everybody in the state,” Govindananda Swamy expressed.

“Many people who were on ventilators have been cured because of the medicine. In Andhra Pradesh, all police, health and district officials, ministers in the state government have all consumed this medicine,” claims the letter while seeking permission for free distribution across Karnataka.