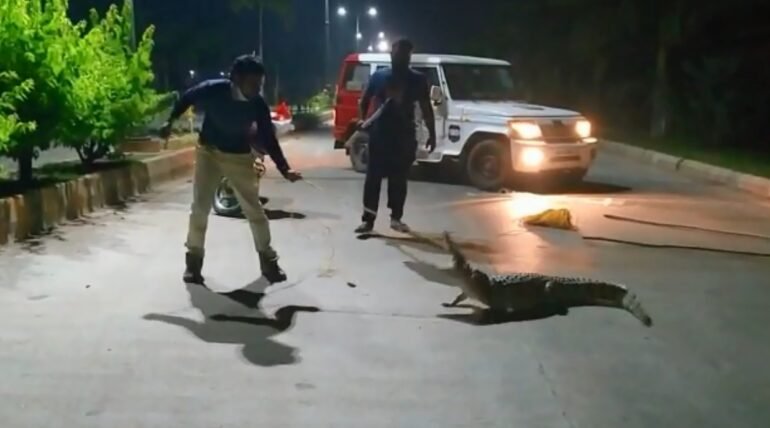 Two crocodiles were spotted in the canal near the railway station on Monday, the people who witnessed the presence of two of those crocodiles in the water, informed the forest department officials on Monday but failed to captivate them.

Later recently, One of the two Crocodiles was spotted right in front of the Hosapete MLA Anand Singh’s house near Railway Station. Forest department officials were informed by the local people, and the help came soon and the crocodile was taken with the forest officials.

Another crocodile has still not been found or is traceless as of now says Mr. Kiran, a local witness of the whole incident.