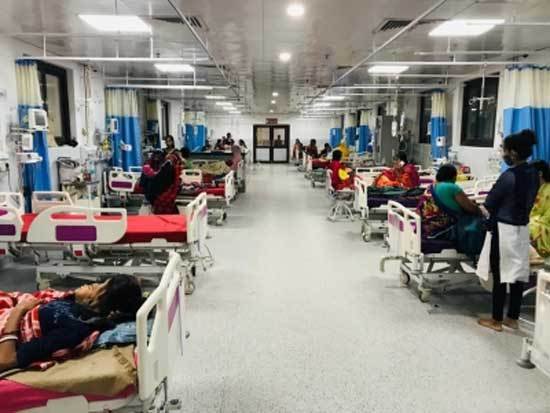 The Karnataka Health department officials show concerns as 12 districts including Ballari since a large number of children have been reporting Viral flu amid the fears of the Covid third wave to hit the children.

The experts are saying that it is normal viral flu found in the rainy season, the health department sources say that the fingers are crossed over the development. The children showing symptoms of cold, cough, fever and breathing issues are getting admitted to hospitals for the past 15 days in the state.

The parents, who had heaved a sigh of relief after the reopening of schools are now concerned about development. The most number of cases are reported from Bellary, Yadgir, Chikkaballapur and Chitradurga districts. Along with this, more children are being admitted to hospitals in Raichur, Bidar, Ramnagar, Belagavi, Vijayapura, Kalburgi and Bagalkot districts.

The district health hospital ward in Bellary is full and people from the rural areas are staying with their children on the premises looking up for admissions in the hospitals. The Bellary district hospital has 30 dedicated beds for children. The hospital authorities have arranged another 23 beds to treat children, explained District health officer, Dr Janardhan.

Meanwhile, the state government has undertaken a massive Covid-19 vaccination drive in the state on Friday. Chief Minister Basavaraj Bommai has announced that the state has set a 30 lakh vaccination target for the entire state in one day. He will kickstart the drive from Kalburgi. Bruhat Bengaluru Mahanagar Palike (BBMP) Chief Commissioner Gaurav Gupta stated that he has set a target of 5 lakh vaccinations in Bengaluru alone. 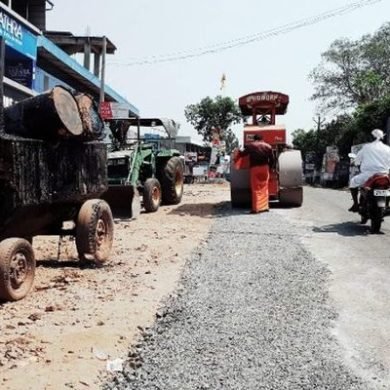 JSW builds roads around Kudithini village in one night