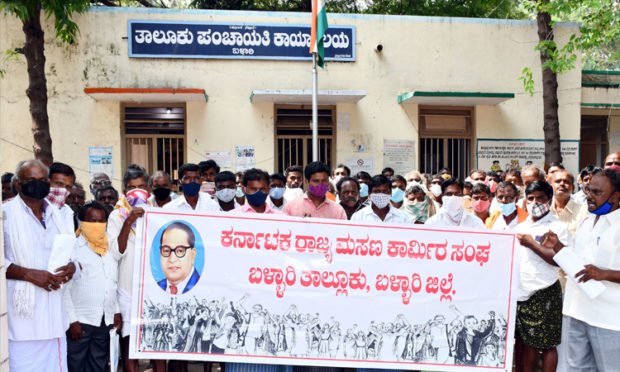 Cemetery workers seek consideration to be recognized as Labours, by Taluk Panchayat Council. Members of the state Cemetery workers Union staged a protest in front of Ballari’s Panchayat Office, demanding a census of the traditionally functioning council workers.

The protest demanded each worker at the cemetery, who does a whole process of digging and closing up the dig with a corpse to be given an amount of Rs. 2500. They also demanded to be recognized as, Building laborers and to provide them with all the necessary safety measures and welfare schemes likewise. The salaries of these labourers are asked to finalize and finance by the state government asks the protestors.

Protestors also demanded smart cards. A separate place for the burial of corpses belonging to the Dalit category was also demanded. They also demanded a pension amount of Rs. 3000 to those who have already served as cemetery workers. Ration cards approval, Sanction of an amount of Rs. 45 Lakhs for the building up of houses, 5 acres of land as compensation were also the spotlight of the protest.

In Hagaribommanahalli, The Taluk Karnataka state cemetery workers also demanded that the cemetery workers be recognized as Gram Panchayat workers. District Attorney, B. Mallamma said that the comrades who are traditionally working in graveyards should be appointed as arbitration workers. 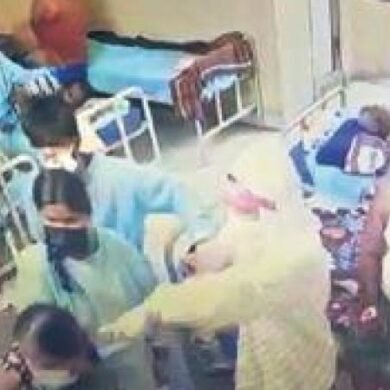