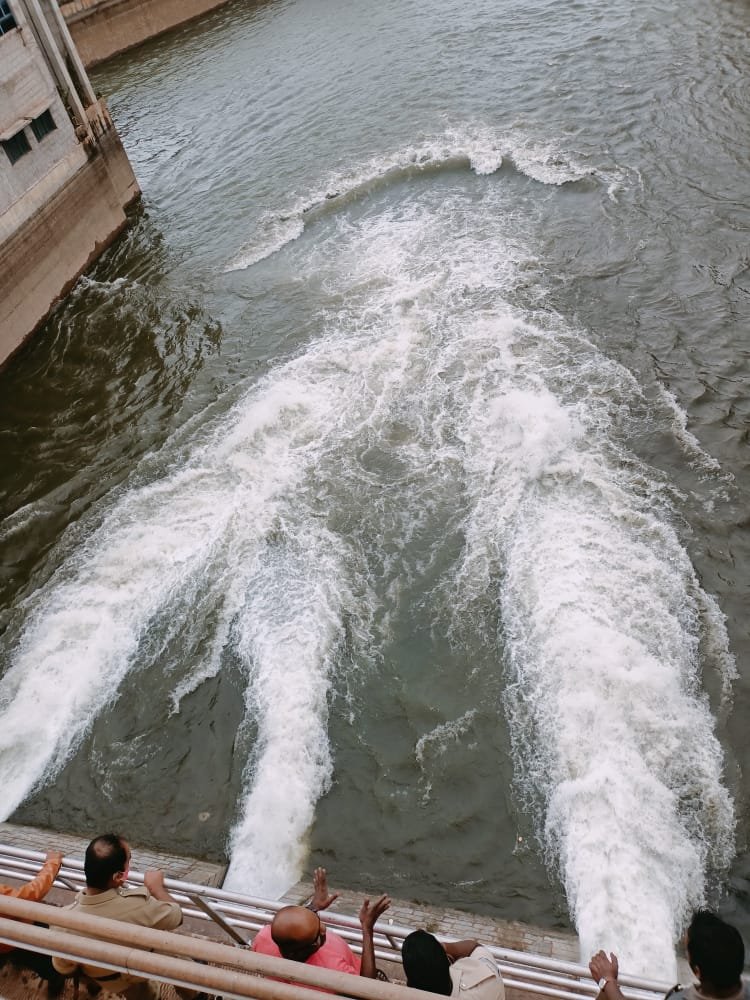 He addressed the media persons saying, “At a meeting of the Tungabhadra Irrigation Advisory Council, it was decided to release the water to all the canals from July 18 onwards, but due to the repairs work in canals, the delay has occurred”.

The water belonging to the Karnataka state has been allowed to flow through the canals. The inflow has been increasing day by day and the Andhra Pradesh state has yet submitted the request to release the water in their territory. After the requisition letter has been accepted by the authorities, the water shall be released.

The full level capacity of the Tungabhadra Reservoir is 497.71 meters. On July 22nd, the water level has been recorded as 494.19 meters. Heavy rains have been reported across the Malnadu region. So the influx into the reservoir is increasing.