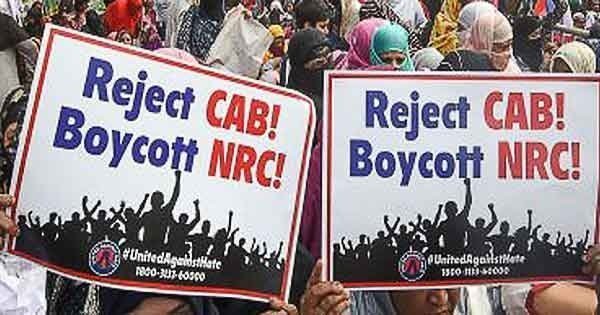 Some important rules for conducting a peaceful and healthy protest.

The CAB-NRC package is flawed and dangerous

Why is CAB & NRC bad for India?

On December 4, the Union Cabinet gave its go-ahead for the Citizenship Amendment Bill (CAB) to be tabled in Parliament this week.

This would possibly be the first piece of legislation that is perniciously discriminatory on the basis of religion/faith.

This Bill violates Articles 14 and 15 of the Indian Constitution.

It would therefore be brazenly against secularism — the basic structure of the Constitution.

This Bill comes after the National Register of Citizens exercise conducted in Assam.

The NRC has disenfranchised around 19 lakh (1.9 million) people as stateless non-citizens in Assam which was conducted under the supervision of the apex court.

Thus, even the highest judicial institution does not seem to be of any help in this politically motivated exercise of disenfranchising people of a particular faith.

In a Third World country such as India where people in the highest offices are not able to produce authentic educational degrees and certificates as proof of date of birth, the common masses are forced to retrieve multiple documents pertaining to their ancestry.

This has already created a spine-chilling scare among the people in general.

Having found that the NRC exercise in Assam has turned a fairly large number of Hindus also into non-citizens, the Bharatiya Janata Party government, true to its perniciously divisive and hate-filled majoritarian

ideology and praxis, is now coming out with a bill which seeks to provide citizenship only to those refugees who are not Muslims.

It is clear that the implications of the CAB-NRC package have not been fully throught through. It is a bundle that undermines India’s ethos, values, citizen rights, foreign relations, and international image.