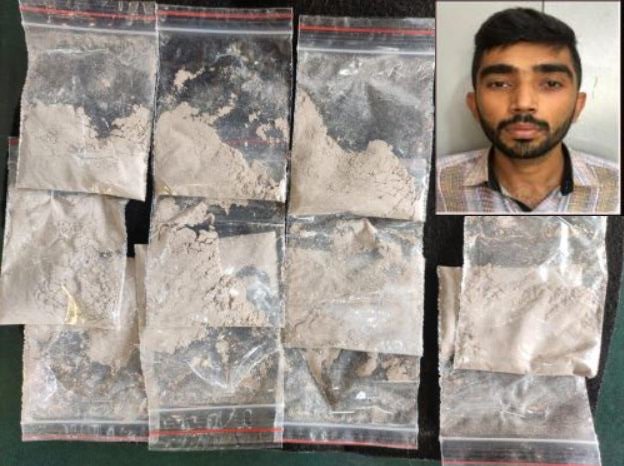 Vikram Khileri, 25, a native of Rajasthan, was arrested with the help of a decoy who ordered two packets of brown sugar.

He would pack it in envelopes and pass it off as ‘Sai Baba Prasad’. The envelopes were later delivered to trusted customers through the private courier service and government bus drivers. Khileri catered to customers in Hubballi, Ballari, Hassan, Vijayapura and Coimbatore. Neither the courier firm nor the bus drivers knew that they were delivering a banned drug for Rs 100 per packet. The customers would collect the envelopes from bus stands at their respective place, police said.

Khileri had come to Patnoolpet near City Market, central Bengaluru, on Wednesday to deliver about 90 grams of sugar brown that he had concealed in a helmet.