Ballari Shows Discontent Over Partition By Staging A Protest Today 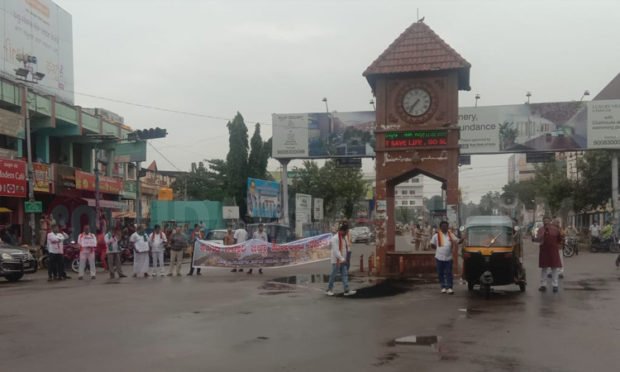 Activists at Ballari show clear disapproval to the recent Cabinet’s decision on dividing the Ballari district and carving out of the new Vijayanagara District by staging a protest against the split of the district. The protest kicked off early this morning and it demanded that the district be restored as an all powerful union of talukas.

The shops in Ballari to remain closed for an entire day and might open late in the evening this day. Auto rickshaws show their support by not being operational and are strictly following the bandh regulations in the city.

The police department has deployed a large number of policemen in the circle, and firefighters are also on the alert to prevent any unpleasant incidents.

State Cabinet’s decision to form the new Vijayanagara District as the 31st district of Karnataka, has now resulted in a lot of anger among the people.