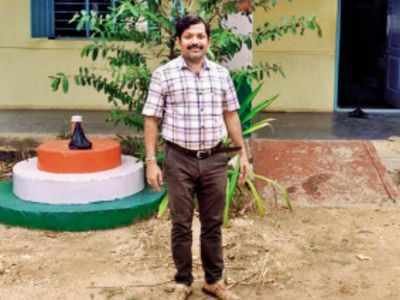 As the total number of students enrolling themselves in Government schools has seen a drastic reduction in the past few years, has created a matter of worry. Most parents opting for private schools over government schools.

Siddarameshwar Goda, a Ballari-based chartered accountant, has offered to deposit Rs 1,000 in a bank account in the name of the student who enrols for class I at the government higher primary school in Shastri Nagar, Ballari.

While many teachers and officials have been trying all the possible solutions to the continuous erosion in the strength of the students, few citizens have been walking the extra mile with their creative out-of-the-box ideas to serve the purpose of increasing the strength.

Siddarameshwara, reveals that he was inspired to do his bit, by looking at the teachers calling on to the parents at their homes and trying to convince them to admit their children to the state-run institutions.

“After interacting with the teachers, I came up with the idea of depositing Rs 1,000 in the students’ accounts. I will deposit the sum in the account till the student turns 18, at which time he or she can withdraw the amount to continue their education,” Siddarameshwara informed the presspersons.

An alumnus of a rural government school himself, Siddarameshwara is eager to save state-run institutions.

“For now, I will deposit money in the accounts of students enrolling at the school in Shastri Nagar. If the response is encouraging, I am planning on roping in some of my friends and extending the same benefit to students enrolling at other state-run schools. In fact, after I announced my offer, parents of five or six children expressed their eagerness to have their children admitted to the government school,” he said. 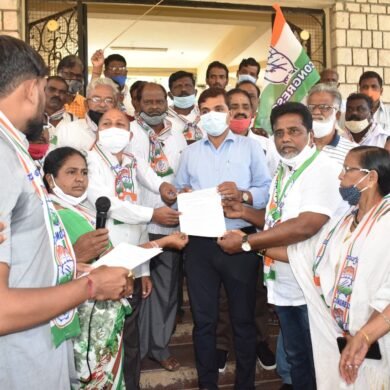