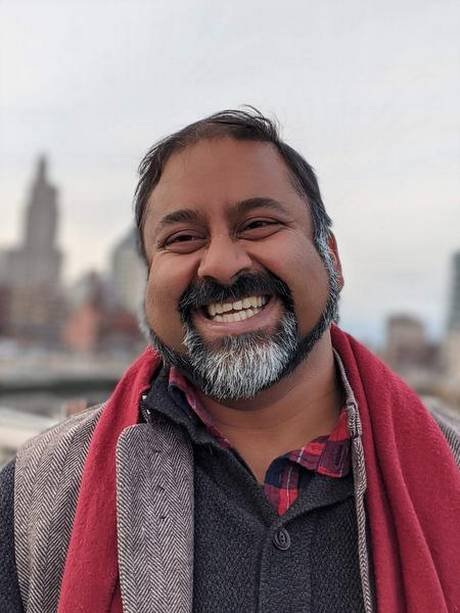 Srinivas Reddy writes about how Vijayanagara was a sprawling city of traders, poets and centre of literary revival in his book ‘Raya’

Growing up with a keen interest in Sanskrit, Telugu and Tamil literature, he completed his Ph.D at the UC Berkeley in 2011, with his thesis on Krishnadevaraya’s Telugu work Amuktamalyada. Srinivas translated Amuktamalyada in English as Giver of the Worn Garland, in 2010. Around that time, he also began working on a biography on Krishnadevaraya, which is now published as Raya: Krishnadevaraya of Vijayanagara.

What got you interested in history and literature in your growing years?

I was raised in a traditional but liberal-minded family. Both my parents were medical doctors, but knowledge of every kind was greatly valued at home, be it scientific, humanistic or artistic. As a child, however, I was much more into science than literature. In college I had a spiritual awakening that brought me back to Indian literature, philosophy and music. Around that time my grandfather came to stay with us and my education in Sanskrit and the Bhagavad Gita began. From then on, I was in love!

What prompted you to write a book on Krishnadevaraya and how did you want to make it different from the existing ones?

Krishnadevaraya is a well-known name, and many people have heard the stories of his amazing empire, but there has been surprisingly little academic research done on his life. This book is the first sustained work in English to explore the emperor’s remarkable life and his place in Indian/world history. I think the most unique contribution of my work is the integration of well-known historical sources like Portuguese chronicles with classical Telugu literature, much of which has never been fully explored or translated into English.

There’s vast information available as texts and sculptures, as you discuss in the opening pages. How did you go about researching what’s essential for the book?

Vast indeed! This project has been growing for over a decade, after my Ph.D thesis and my first book, a translation of Amuktamalyada. Since then I have worked on many other things (Kalidasa, Indian Ocean Studies and musicology) but Vijayanagara research was always ongoing. The opportunity to write a biography on Raya allowed me to revisit these sources and cull out as much as I could in reconstructing the king’s glorious reign.

What aspects of Krishnadevaraya’s life did you want to highlight?

There are many facets of Raya’s life that I wanted to shine light on, but one important theme is the idea of a kavi-raja or poet-king. This old India concept (akin to the ‘philosopher king’ or ‘enlightened monarch’ of western civilizations) emphasises that a good king should be both mighty in battle and wise in governance. Raya was the pre-modern epitome of this ideal; he was a brilliant warrior, statesman and poet all wrapped into one extraordinary individual.

Another critical aspect that I examine is the persistent notion that Vijayanagara was a staunchly Hindu state in valiant opposition to the onslaught of Islam. This oversimplified narrative is something I wanted to re-evaluate and contextualise, especially in regard to Raya’s promotion of religious tolerance and multiculturalism.

How did you re-imagine the visual landscape of the then Vijayanagara empire?

The old descriptions we have of Vijayanagara are truly spectacular, but the ruins of the great capital city, which you can still visit today in Hampi, KT, are just as breathtaking. Being able to visit those haunting half-crumbling structures and hike through the gorgeous rocky landscape takes us back in time. I tried to imbue the book with those feelings of grandeur, loss and beauty. As William Dalrymple wrote, Raya “should be required reading for all visitors to Hampi.”

There’s a tendency to eulogise while writing about a personality one has followed for years. What was your writing approach?

This is true and I even concede to it in the book. I’m an admirer of Krishnadevaraya because after years of studying his life, he remains a great source of inspiration to me, and hopefully now a whole new generation of leaders and thinkers. As the book progresses, I’m also critical of Raya’s actions at the end of his reign, particularly his growing megalomania and the unfortunate incident with his beloved minister Timmarasu. As the story goes, Raya, in a fit of rage, blinded the man who he always called a father. A sad story indeed, but one that also serves to humanise this larger-than-life king. 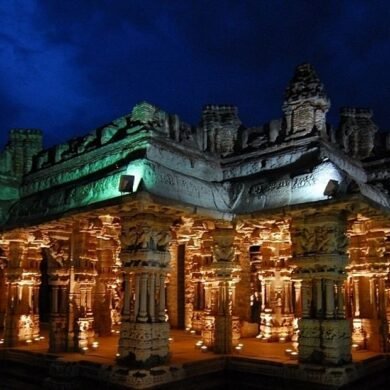