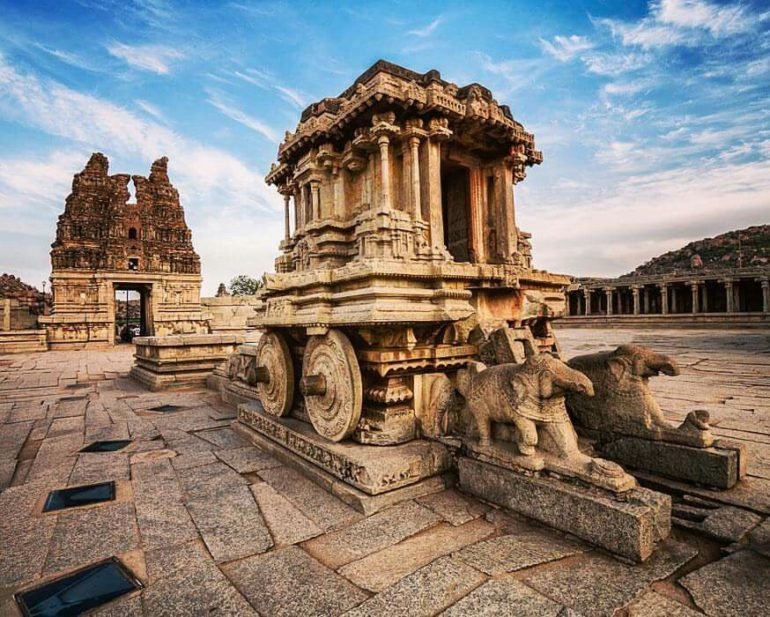 The Archaeological Survey of India (ASI) is thinking about installing a wooden barricade around the stone chariot inside Vittala Temple complex in a view to protect it from vandalism. According to a few officials in the ASI wooden barricade has been thought of since a long time since some of the tourists tend to be disrespectful towards the monuments.

M. Kalimuthu, Deputy Superintending Archaeologist, Hampi Mini Circle, admitted that the wooden barricading has been in the pipeline but no proposal had been submitted so far. “We will take the advice of the Director-General of Archaeology in Delhi,” he said, adding that there were many issues that needed to be addressed, including the barricade design that had to be in sync with the monument.

Vittala Temple is not only among the most-visited monuments at Hampi but is also the most photographed. Art historians say it reflects a high degree of the craftsmanship of the temple architecture that reached its zenith under the Vijayanagara rulers who reigned from 14th to 17th century CE.

The proposed move has triggered a debate among conservationists, heritage activists and locals, some of whom are critical. “While some locals say the ASI is not doing enough to protect the monuments, the same lot also criticise the proposed move to install the barricade,” said Mr. Kalimuthu.

Though the site is guarded there are always some tourists with a streak for vandalism who find a “window of opportunity” when the attention of the security personnel is drawn elsewhere.

N.S. Rangaraju, a retired professor of Department of Ancient History and Archaeology, University of Mysore, said during a visit, he saw tourists hoisting children atop the wheels and elephant sculptures, while elders leaning against the chariot as if pushing it and getting photographed, ignoring its sanctity. “This is a common phenomenon across the country, where people scribble, proclaim their love on the walls of monuments. There is a lack of awareness among the public that the monuments stand testimony to culture and heritage,” said Mr. Rangaraju, who was supportive of installing barricades around the stone chariot at Hampi.