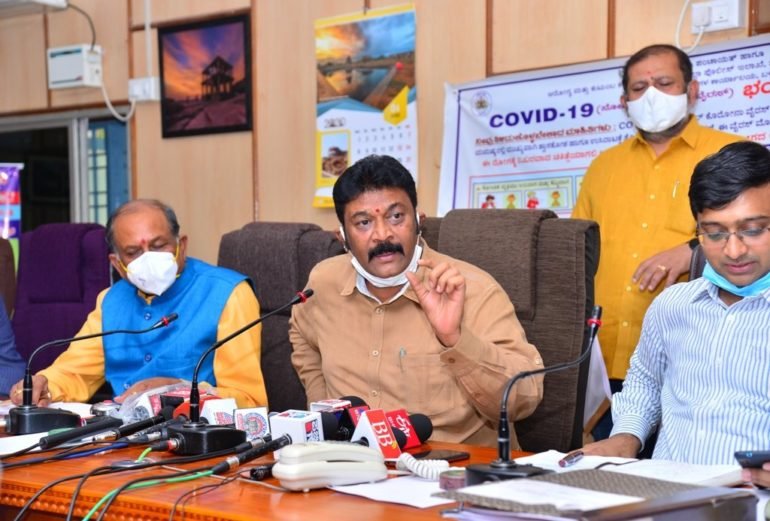 If there is a large number of people attending meetings and ceremonies in the district, the district authorities have been instructed to file a Suo moto case if the rules are not followed, Mr. Anand Singh said.
“Suo Motu” is a term given to the action taken by an authority on its own will. The court usually takes suo motu action in case of gross negligence on part of public authorities and government. Or in the case where it thinks that it is necessary to do so.
This power has been warranted to courts under Article 32 (Supreme Court) Article 226 (High Courts) of the Indian Constitution.

“I visited hospitals all day on Tuesday and talked to patients who were infected with corona. Patients at COVID Hospital claim minor problems. Bellary district is the second largest state in the state. The masks are mandatory, the sanitizer is to be used. In addition, cleanliness must be maintained. We are taking adequate measures to control the infection.

The staff is depressed because Corona has not been brought under control despite a series of measures taken in front of the Hospital. Anand Singh expressed confidence that there are 1867 beds in the Bellary district.

Suo motu, or Suo Moto are interchangeable terms meaning “on its own motion,” is a Latin legal term, approximately equivalent to the term sua sponte. For example, it is used where a government agency especially courts acts on its own cognizance, as in “the Commission took suo motu control over the matter without anybody formally seeking intervention.”
It is a special power of High Courts and the Supreme court of India and other equivalent quasi judicial bodies like Human Rights Commission etc to initiate a hearing by itself without anybody filing any appeal or writ petition or PIL. When the court feels that a matter requires serious and immediate legal intervention, it acts Suo Motu. 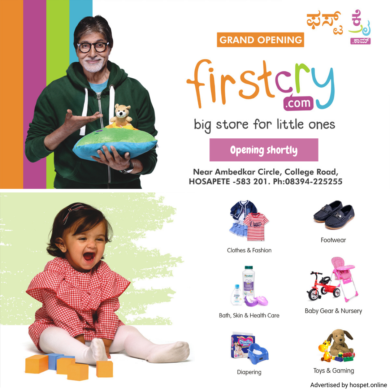 First Cry To Have Its New Store In Hosapete This Week