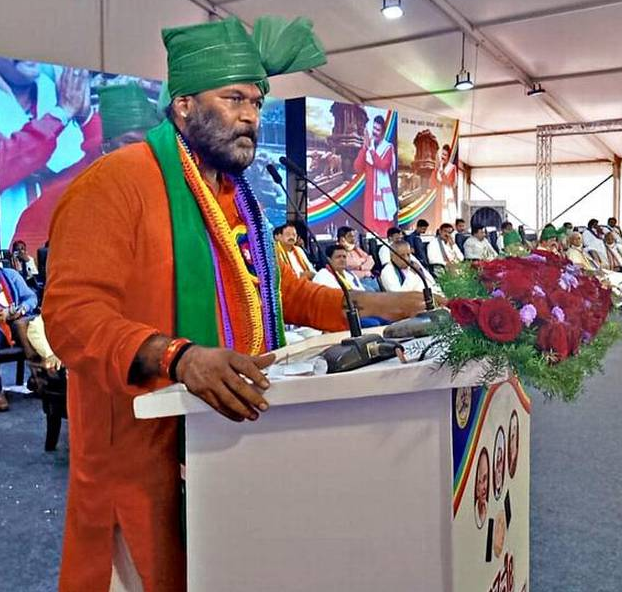 District in-charge minister Anand Singh has warned of strict action against those who force the public to observe the Ballari bandh which is expected to happen on upcoming Thursday, against the government’s decision to bifurcate the district.

Speaking to reporters in Hospet on Thursday, Anand Singh said: “In Democracy everyone has the right to protest and to observe bandh, but I am against forceful bandh.”

Referring to the Ballari bandh call on November 26th, given by a few Ballari-based organizations to oppose the State government decision to bifurcate the district to form a new Vijayanagara district, Forest Minister and Ballari in-charge Anand Singh has said that stringent action will be taken if anybody or any organization forced people to observe a bandh.

Speaking to media representatives who met him at Amaravati Guest House in Hosapete on Thursday, Mr. Singh, however, clarified that the administration would not come in the way of the protesters if the bandh, was observed or a protest staged without disturbing routine life.

“Vijayanagar district is being created for smooth administration. The government has decided to divide big districts for the smooth functioning of the administration. The demand for the Vijayanagar district is not new. The government has responded to the demand of the people of western taluks of Ballari district,” said Anand Singh.

Later, at the All India Cooperative Week celebrations organized at the Municipal High School Grounds in the city, Mr. Singh again appealed to the people to support the bifurcation decision.

Dr. A Nagararathna From Ballari Has Been Selected For Rajyotsava Award, 2020