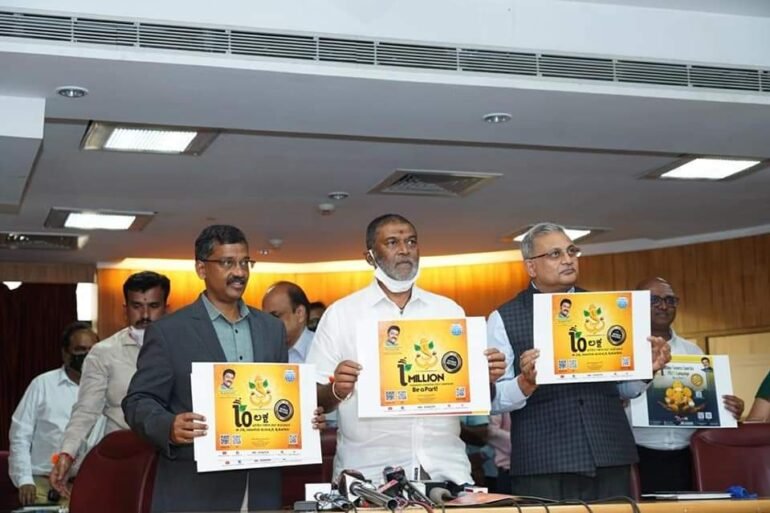 Anand Singh, on Saturday, announced the Eco-Friendly Turmeric Ganesh campaign at the Press conference held in Bengaluru ahead of the Ganesh Chaturthi festival. The intention behind the introduction of turmeric-based idols is to reduce pollution levels and to protect oneself from the deadly COVID-19.

As an effective way out, the environment and ecology department has come up with this turmeric idol initiative to appeal to households celebrating Ganesh Chaturthi by creating homemade idols out of turmeric due to its intrinsic health benefits.

The target has been set at 10 lakh (1 million) idols for the festival and all the necessary measures to achieve the target.

Despite a ban on the manufacture and sale of Plaster of Paris (PoP) idols, the state government and officials of the Karnataka State Pollution Control Board (KSPCB) have still not been able to ensure a strict implementation to date.

According to citizens, conservationists and some KSPCB officials, the failure is because of the continuous soft stand of the government. “The government has been unable to crack the whip on the manufacturers and sellers, not just in Bengaluru, but other districts as well. Despite directions, idols continue to come from other states,” said a KSPCB official, on conditions of anonymity.

Recently, Anand Singh said that a complete ban is not possible this year, as it will affect the livelihoods of manufacturers, and will try in 2022. This has not gone down well with citizens and environmentalists.