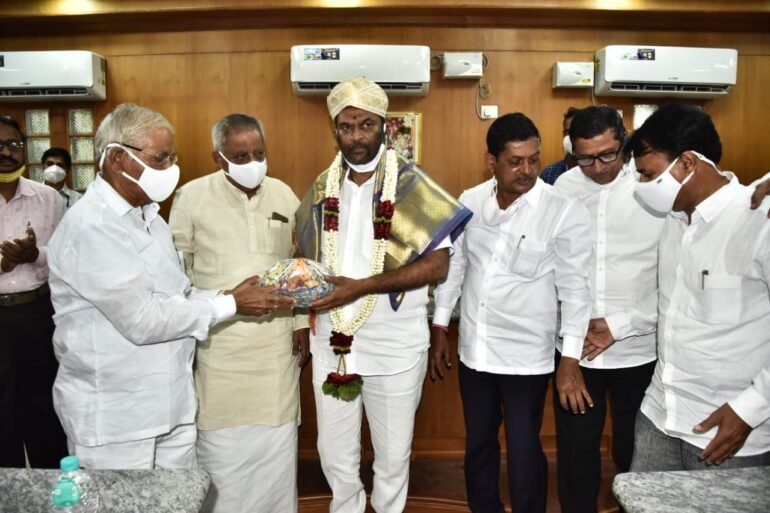 Tourism, Ecology & Environment Minister Anand Singh announced that the officers for the newly formed Vijayanagara district will be appointed by the end of October month.

Anand Singh participated in Bellary District Cooperative Center’s (BDCC) general meeting and spoke to the presspersons answering their questions, “Under the guidance of Chief Minister Basavaraj Bommai, the meeting discussing the Vijayanagara district has recently happened. In the first phase, 11 offices are to come up and the officers for these posts will be appointed by the end of October.

“I have recently asked to take stringent measures like bail-free warrant on those polluting the Tungabhadra waters, it would take time for the implementation to happen after the correction of rules”, said Mr Singh.

“The Cooperative centre bank has completed 100 years, the schemes to facilitate farmers were being discussed in the meeting and the celebration will be organised so that would be remembered for long”, informed Anand Singh.