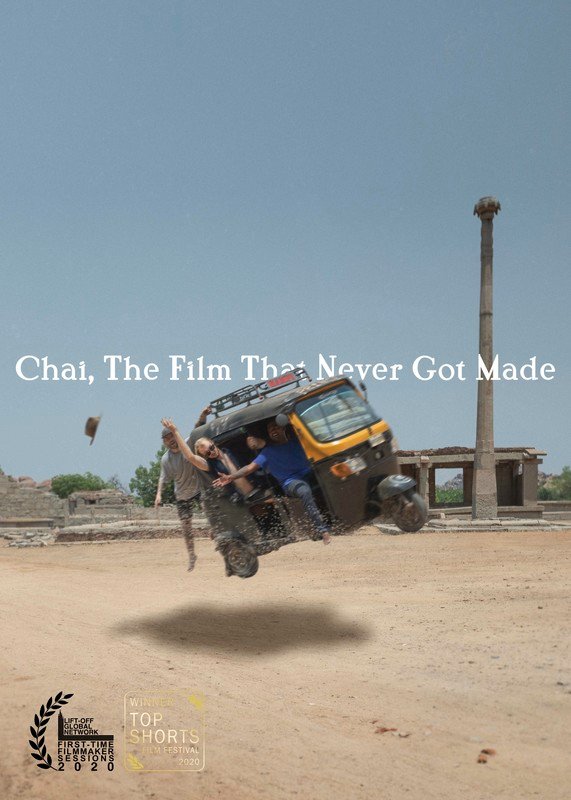 Aiming to create a film about a set of young individuals who sell Chai to tourists high up on the rocky backdrop of Hampi, Louis and Harry found themselves there, in low season, with no Chai boys around, no tourists insight, and the once-bustling and hectic streets absolutely silent.

It has been nominated under Top Shorts Film Festival FEB 2020 – Honorable Mention: Documentary, and has been selected for screening at ‘the First Time Filmmakers Sessions 2020’, Roy Zafrani (Festival Director Top Shorts) says “It was fascinating. Your talent stands out!”.

Louis Lander Deacon and Harry Seagar are two amateur filmmakers and die-hard creatives from opposite sides of the world that both take inspiration from different cultures unlike their own. Louis (from the UK) and Harry (from NZ) originally met in Hampi, in India, in 2018 and found themselves connecting through the love of India, and a passion for photography, film, and adventure. They planed their return a year later with their insights set on producing a film.

“Chai, The Film That Never Got Made”, is a story about persistence, adaptation, and beauty. It shows that sometimes the things that don’t go to plan, don’t for a reason – to open the mind to bigger, more awakening, more inspirational moments.

“I feel privileged and humbled to be able to share the stories of some of the most beautiful people in Hampi, India” – Louis Lander Deacon

In addition to scoring a gong from the Top Shorts Film Festival, “Chai, The Film That Never Got Made” was accepted for screening earlier this year at Lift-Off’s First-Time Filmmakers Showcase which is a quarterly event which aims to showcase and guide emerging talent from around the world.