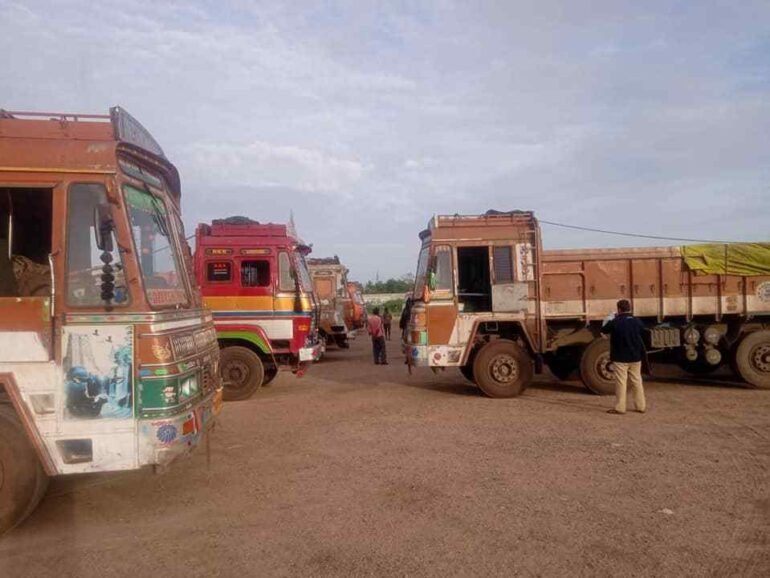 Bellary police have succeeded in seizing 20 trucks involved in illegal ore trafficking. It is learned that the illegal ore was being transported from Bellary to Andhra Pradesh.

Hundreds of trucks keep moving from Ballari to Andhra Pradesh’s Krishnapattanam trafficking ore from Ballari. The police raided after they received the data regarding the ore trafficking in Ballari and seized 20 trucks.

Exports of ore from the state have been banned since 2010. Despite this, Bellary police have seized 20 trucks illegally operating in the name of rock dust smuggling in the Bellary district.