1,991 students were absent for SSLC exam in Ballari district

A total of 1,61,810 Class X students appeared for the second language paper on the first day of the SSLC examination in the six districts of Kalyana Karnataka region on Thursday.

According to data from the Deputy Director of Public Instructions (DDPIs), 1,71,621 students were to take the examination across six the educational districts in the Kalyana Karnataka region, out of which 9,811 students remained absent.

As the pandemic has caused a major worry among people, a large number of parents accompanied their children to the examination centres and were also found waiting outside the centres to provide moral support to them. The DDPIs said that the students were provided face masks earlier and a few of them received it today. Both the students and teachers were wearing masks and maintaining social distancing in the exam centres as per the standard operating procedures (SOP) for COVID-19. 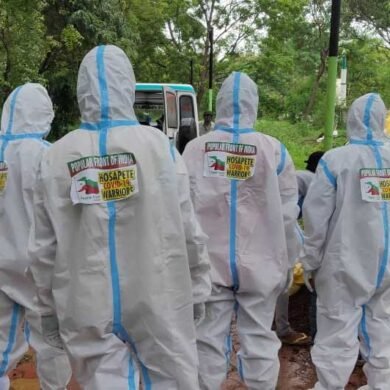